Police officers from Embu are currently searching for a man who is reported to have hit and killed a 7 year old boy who was heading home from school. According to the reports given by the witnesses, they claimed that the rogue driver fled from the crime scene leaving the boy on the ground without wanting to know whether or not he was okay. 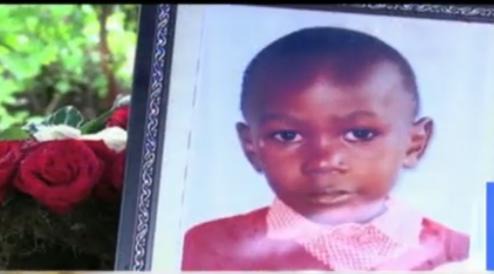 While reacting to this incident, the mother of the deceased has called upon the inspector General of police, Hillary Mutyambai wanting him to conduct an investigation in order to find out what happened or rather, what might have caused her son's untimely death and the person behind this.

In her own words, the seemingly angry woman said that it was so unfortunate that the government still allows these rogue drivers to operate on Kenyan roads despite the fact that they always put the lives of innocent kenyans at risk.

"He was going home from school before being hit by a rogue miraa driver who sadly left him to die. I don't understand why the government is still queit despite the fact that the government knows that these Miraa drivers often put people's life in danger. I'm saddened as a parent and now I know that some of you might not feel my pain but you will when it's you burying your son who you sent to school hoping to see in the evening. As a mother I need justice. Let the police catch the man who did this", she said.

However Embu police boss has revealed that they are currently searching for the suspect who he claimed will be arrested very soon. At the same time, he urged parents to always accompany their children to and from schools to help them cross these dangerous roads. 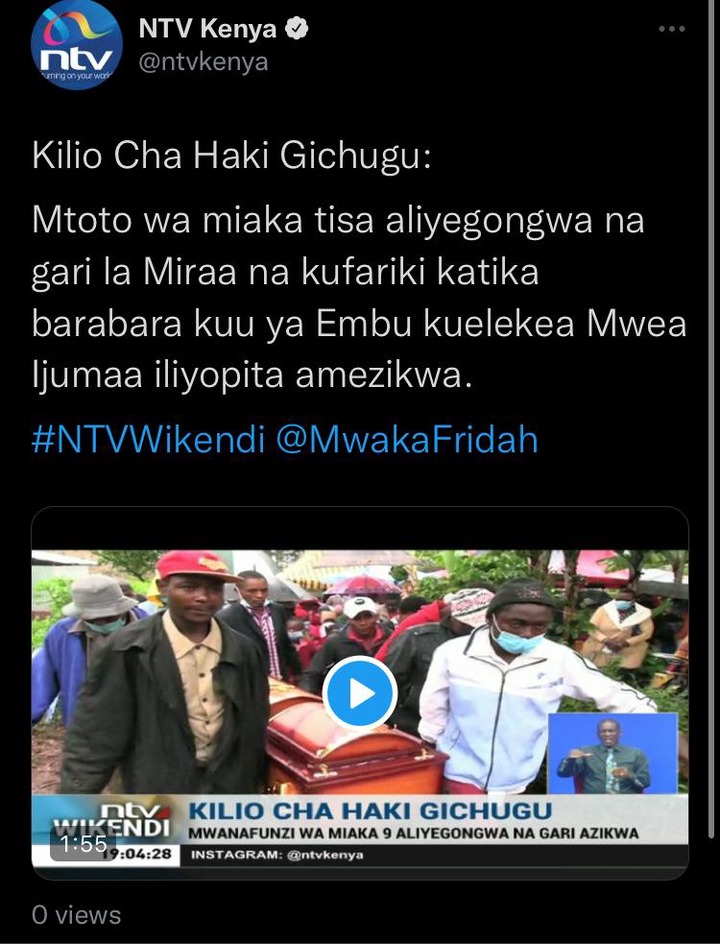 Happening Now: Form 4 Candidate Killed In A Freak Accident While Heading to School In Kiambu

Happening Now :Body Of a Highschool Female Student Found Beside the Road After a Hit and Run

Here are Photos of the Wealthy Tycoon, That Lilian Muli Was Spotted Hanging Out With at Naivasha