By Trending-News-Updates (self media writer) | 9 months ago

The cases of police officers killing their colleagues, family members and friends have raised this years. Currently, a police officer station at Njoro Police Station stormed Njoro subcounty hospital at the wee hours and killed his allegedly girlfriends. According to the K24 digital, the police officer has been identified as Police Constable Bernard Sivo 28-year-old. According to a Vincent Lematoo, a security guard at Njoro Hospital and a eyewitness, Sivo stormed the hospital at around 12am at night one hours after Mary Nyambura had been admitted at the hospital. Sources indicated that Sivo broke Mary's leg in a conflict. Therefore, Mary was rushed to the hospital for treatment. Unfortunately, Sivo could let her go, he stormed the hospital, threatened and pushed the security guard until he had access to Mary. Therefore, he shot her to death. 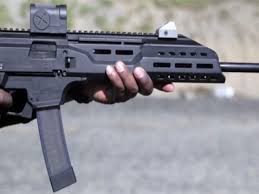 Sivo went home and informed his wife the the woman that they had issues with is dead. Astonishingly, Sivo was shooting into the air aimlessly. Luckily, Sivo's wife managed to run to safety. On his way back to the police station, Sivo continued to shoot into the air despite promising his boss he won't shoot again. On arrival at Njoro Police Station, Sivo became hostile and held the station hostage for some time by shoot everywhere. When Sivo realized that the police station wasn't safe for him, he shot himself to death. This incident was confirmed by Jonathan Kisaka Police Commander at Njoro Subcounty. 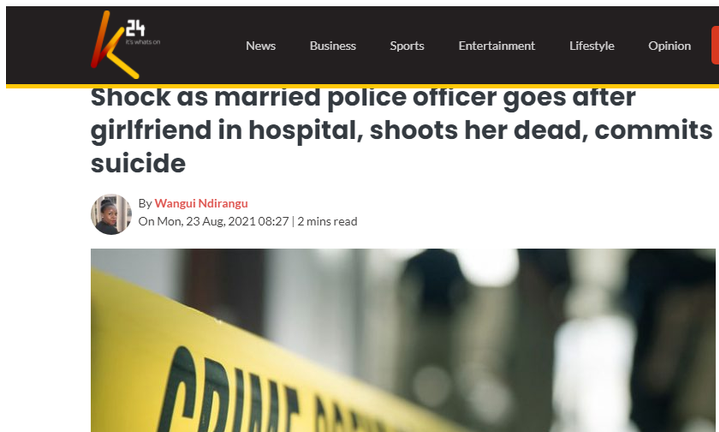 Content created and supplied by: Trending-News-Updates (via Opera News )