Kenyans Ask Why The Excavator Decided To Destroy Mwingi Bus After Recovering It From River Enziu.

By Njoro-Msanii (self media writer) | 7 months ago

Saint Joseph Seminary Mwingi bus that drowned in River Enziu has finally been recovered out of the water. Kenyans have noted that the it was in good condition when it was on the shore, few minutes after it was retrieved but after a while they have discovered the excavator that was conducting the process destroyed it later with reasons known better by him.

Kenyans have asked themselves whether it was necessary for the excavator operator to destroy it. Some believes he was right so as to end the bad feelings the bus has brought to people. Many are saying that no one would have accepted to be carried by it again. Some Kenyans believe that he did a wrong thing as it would have been renewed back to continue with it service. 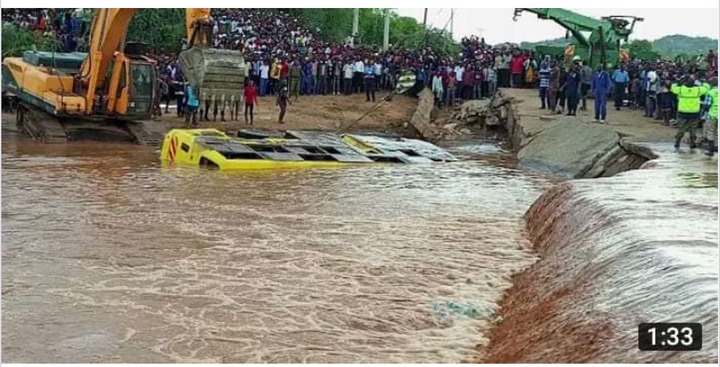 This has created a mixed reaction among people. Kenyans seems to be forgetful very first. They are now caring about the bus instead of caring and mourning for the souls that were lost. A bus can be replaced back and it should not a question on whether it was necessary to destroy it.

Some people are blaming the government and the personnel who was conducting the recovery process. They are saying that poor strategies were used and that it was possible to have the bus back in good condition that it can be repaired back. 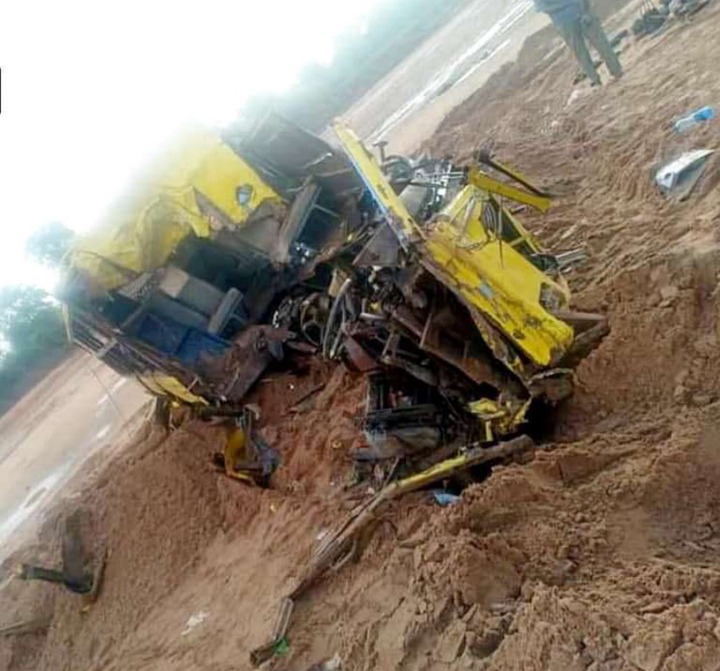 However, we should not lay blame games as Kenyans and we should instead mourn with the families who lost their loved ones. We should not ask why they reached a decision of destroying it to pieces after striving hard to retrieve it back. Let all take care during this festive season especially when it is raining heavily to avoid such sorrowful scenarios.

Some Kenyans have reacted as below. 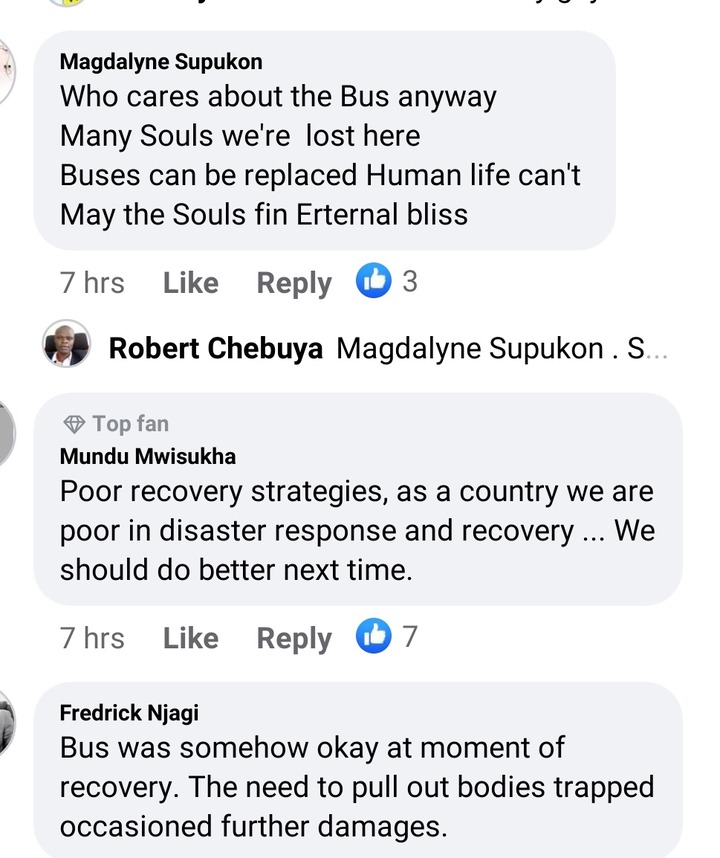 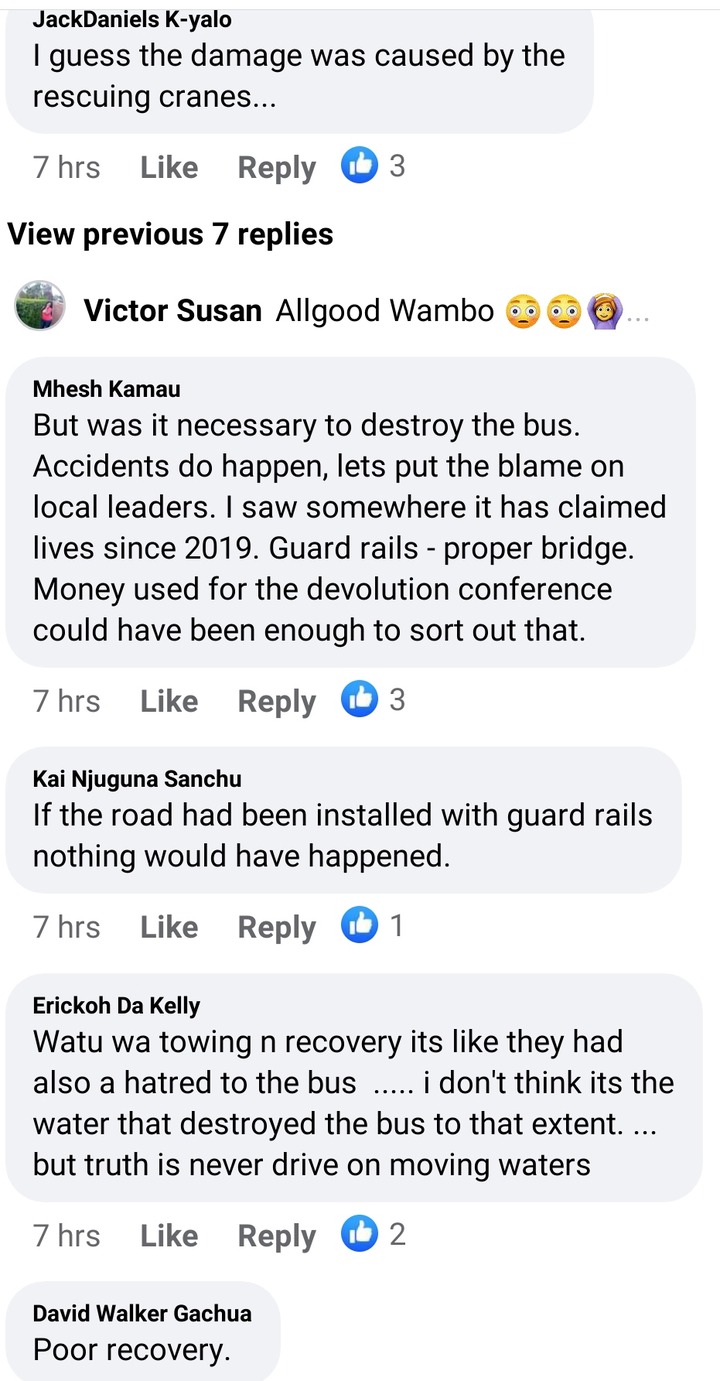