Residents of Ruai were forced to witness a bizarre incident after a several men and women were allegedly arrested by police officers while engaging themselves in the act in a vehicle. According to the reports given by police officers from Ruai, they revealed that they received a phone call from one of the residents who was concerned. 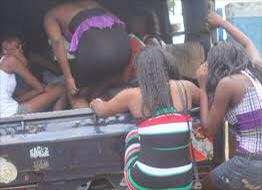 This was followed by a dramatic scene after they immediately sprung into action and went to inquire about the business of the men and women who had spent an astounding amount of hours in the vehicle with residents thinking that maybe they were criminals planning an attack.

However, on getting to the crime scene, it has been revealed that one of the men allegedly jumped into the wheel and immediately started driving in attempts to flee from the crime scene leaving residents astonished or rather wondering what had happened.

Police officers who were now convinced that the suspects might have been a group of criminals allegedly got into their vehicle and immediately started going after the suspects in a car chase that lasted for a while before the officers who knew all the terrains of the region were able to block their ways.

Still waiting to see what was going to happen, police officers who were now armed to teeth ready to face any danger were allegedly shocked after two women and two men allegedly got out of the vehicle wearing their birth suits shouting 'Sisi Sio wezi' to stop the officers who were ready to shoot. 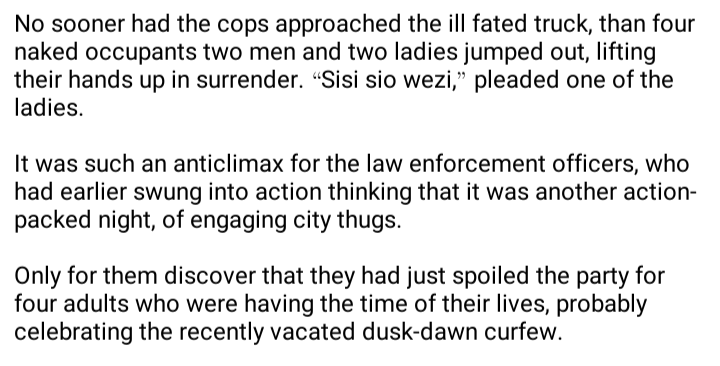 According to the reports given by the police officers who responded to the incident, they revealed that the suspects confessed that they were allegedly celebrating the fact that President Uhuru Kenyatta had allegedly lifted the Curfew that had been put in place about a year ago. 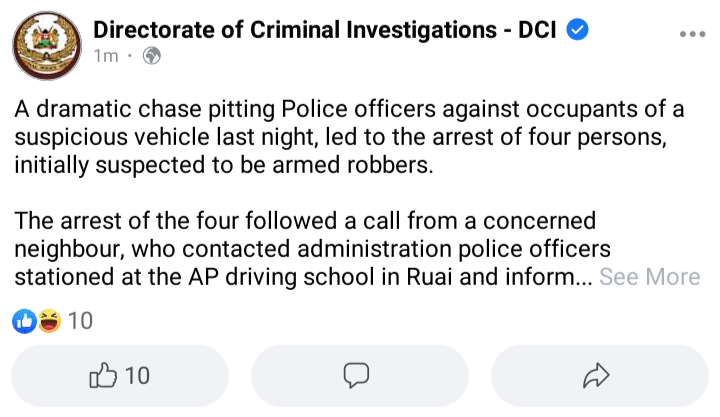