DCI Sleuths Arrests Criminal On The Run Within Law Courts, While 'Sneaking' to Attend Court Session 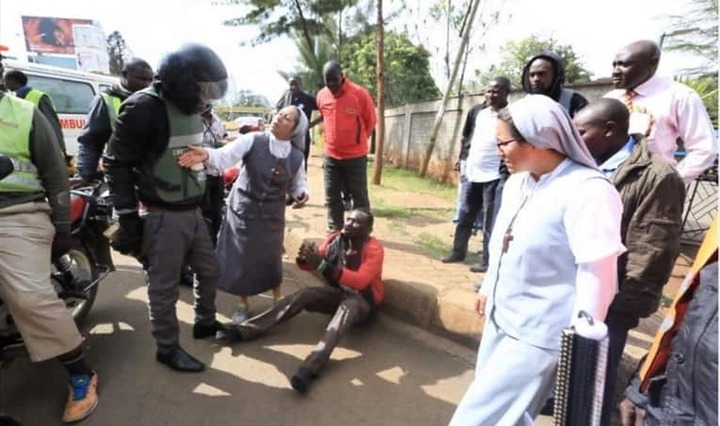 Highly trained and specialized DCI Detectives from Mombasa managed to arrest one of the long pursed Criminals who have been terrorizing residents, by staging a robbery with Violence scenes and taking Valuables from people, who later gave the Police information.

The Suspect named Samuel Alias Foolish, had availed Himself at the Mombasa Law Courts to attend one of His ongoing Cases as usual, not knowing that the Detectives were already on the ground waiting for Him after they received message from a Patriotic Kenyan who was very sure of His moves. 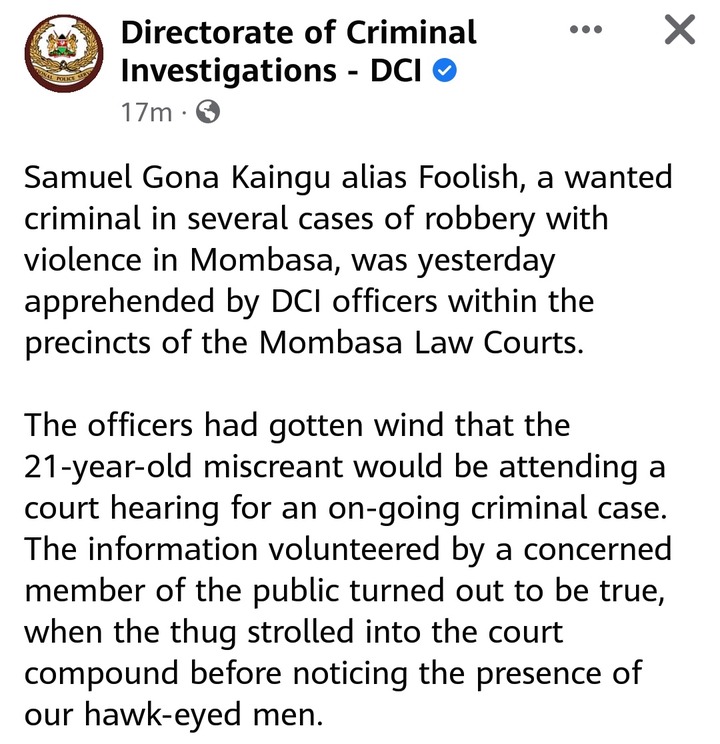 Immediately after entering the Law Courts Compound, Alias spotted the Sleuths and attempted to escape from the Scene and disappear immediately, in a bid to rescue Himself from the arrest.

The Police specializing on Crime were however very swift and managed to overpower the Wrongdoer by pinning Him on the ground and arresting Him, and later headed to the Police Car that was already waiting to take them to the police Station for more interrogations.

One week ago, reports from Mombasa indicated that the Suspect who has been on the Police Radar for Months had collaborated with another group which was also been pursued for Alleged terror activities and illegal ferrying of Firearms in the region, allegations that were yet to be proved by the Police. 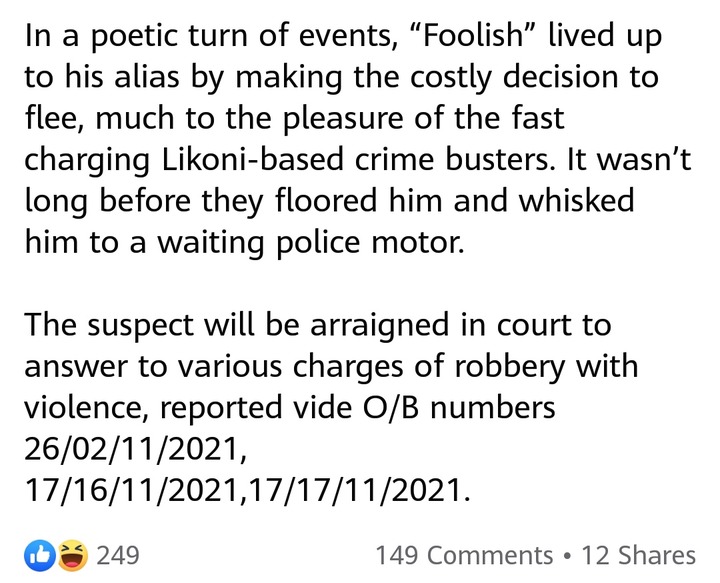 DCI now claims that will finally be arraigned in Court to answer various accounts of charges against Him, including Robbery with Violence and other related charges now that He has been involved in Court contempt by missing the Court session.

Over the recent past, DCI has also placed many of it's Investigative Officers in the Coast region, according to the rising crime rates in the County and also emergence of Terror groups that has made the Town unbearable to live or operate with normalcy.

'Shock' As Another Woman Is Found Death With Body Burns