Police officers from Meru are currently investigating an incident that happened today in the evening after a Vehicle is reported to have killed over 10 people in a deadly accident. 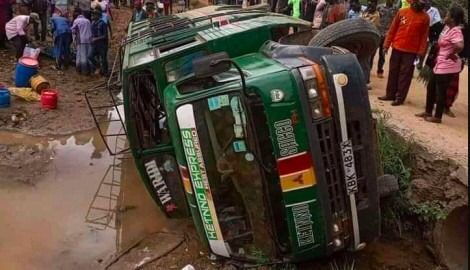 According to the reports given by the police, they revealed that the driver of the vehicle that was heading to an unknown location allegedly lost control after which the bus allegedly plunged on a river killing several passengers.

Reports have revealed that over 11 people lost their lives while others are currently receiving medical treatment in several hospitals where they were rushed to by good Samaritans after the accident.

Revealing what happened, survivors of the deadly accident have revealed that the driver of the vehicle was allegedly over speeding adding that their attempts to get him to stop or rather, to slow down hit brick walls due to the fact that the driver gave them a deaf ear.

This is happening at the same time when the National Transport and Safety Authority has called upon kenyans urging them to make sure they follow all the traffic rules and regulations in order to reduce the increasing rate of accidents in the country especially since we are headed to Christmas celebrations.

According to the reports given by the National Transport Safety Authority, they claimed that most of these accidents are being caused by reckless drivers and road users and for this reasons, kenyans have been urged to make sure they stay vigilant while operating on different roads all around the country. 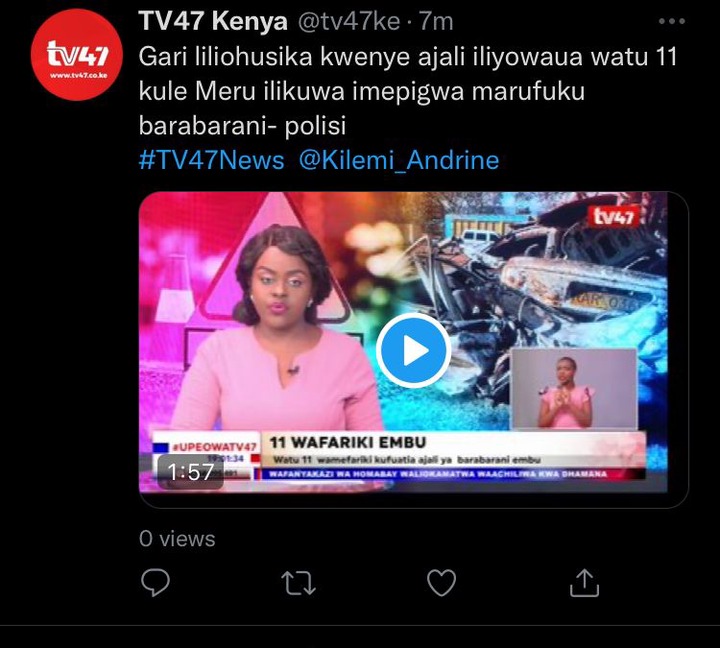 KPLC Has Announced Major Blackout In The Following Areas Tomorrow, Check If You Will Be Affected