Deputy President William Ruto was in Lamu County two days ago where he engaged residents of the County at various stops during his tour of the Coastal region that came to an end on Tuesday. 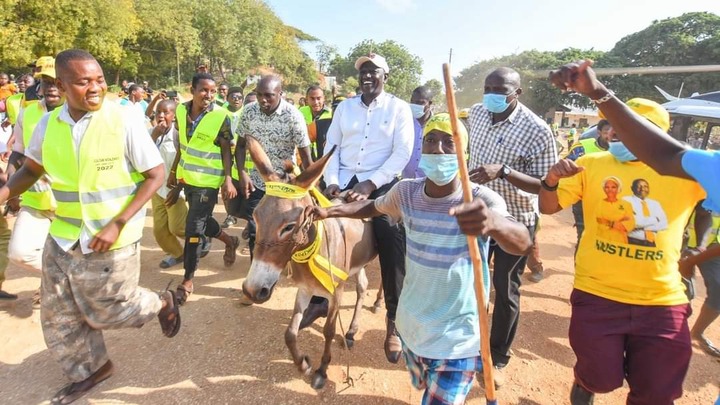 The DP left many tongues wagging after he made a triumphant entry into Lamu County while riding on a donkey, with his supprters cheeering.

Only two days after the incident, a report has emerged that the donley used by DP Ruto while in Lamu County two days ago has died.

According to the report alleged to have been made by K24, the donkey died due to unknown reasons after being used by the Second in Command.

However, K24 has been forced to break its silence on the alleged report made by the station after lots of debates and speculations about the wlleged report.

K24 has distanced itself from the report and labled it a 'Fake Report' and urged Kenyans to ignore the report adding that it is not from K24 as alleged. 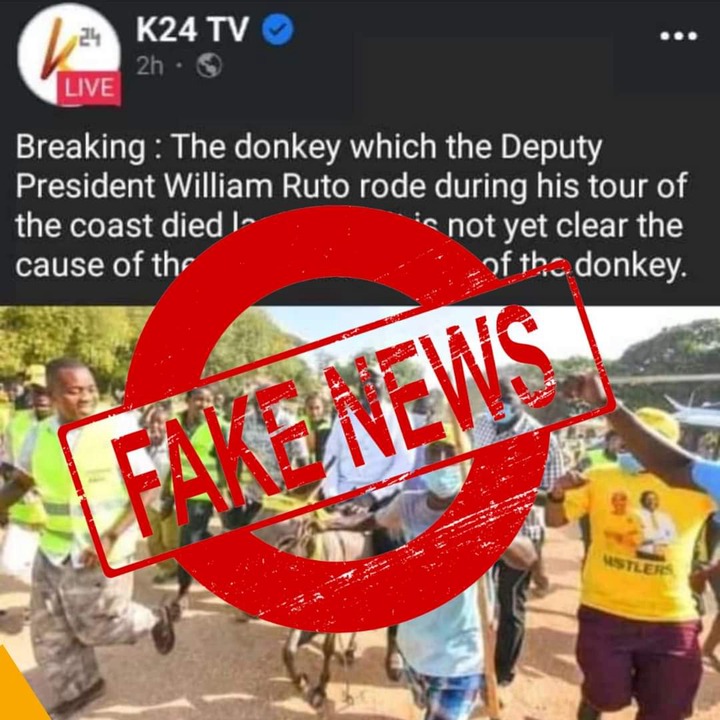 The move by K24 has triggered a series of mixed reactions from Kenyans who have stormed the internet to pen various thoughts including;