By Shirowajomo (self media writer) | 3 months ago

According to the deceased sister Nelly Ndhiwa, his brother was alledged to have touched the wife of another man who was only identified as Peter Inappropriately, and was reported for harrasing the woman.

The police officers while trying to arrest him he resisted the arrest, that's when they shoot him with three bullets killing him on the spot.

''My brother did not deserve this, he was mentally challenged but the police could not listen, we tried telling them but they used excess force.

Yes it could be true my brother is said to have assaulted somebody’s wife but it is very unfair for police to kill a mentally ill person. We want justice for my brother,'' the deceased sister Nelly said.

According to the eye witnesses the police used alot of force yet they don't have power to kill but to protect the citizens.

The police have already launched investigation on what may have happened.

The body of the deceased has been taken to the mortuary as it awaits postmortem. 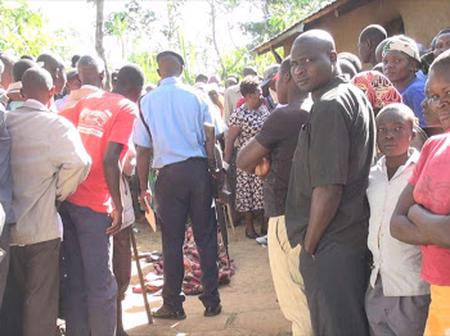