By DaytimeNews (self media writer) | 4 months ago

Man who lived to boast how snake venom was never a threat to him has unfortunately died after a massive venomous cobra bit him while he was trying to kiss it. 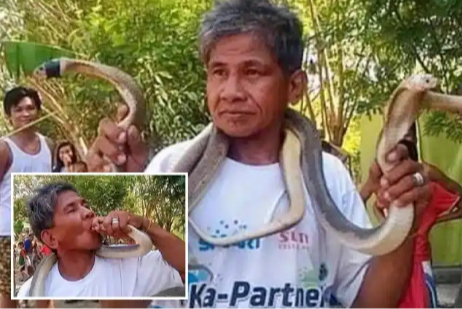 According to Mirror, the Filipino man identified as Bernardo Alvarez had be called by neighbor to tame a snake that was slithering into their house. The 62 year-old snake charmer successfully caught the venomous snake and instead of killing or letting it go, he decided to show off his skills in handling the snakes before the surprised onlookers. 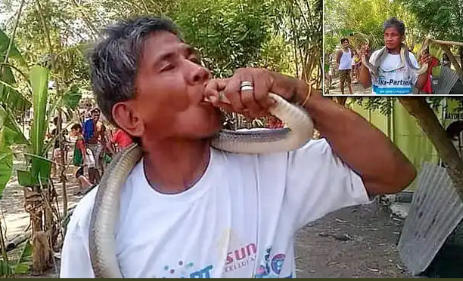 Its during the stunt that Alvarez decided to kiss the snake, which in turn lunged into his mouth and bit his tongue. Reports further have it that Alvarez fell down shortly after, anguishing in pain, and died a few minutes later, before medics could make it to scene.

The agitated crowd subsequently killed the snake as his family was thrown in to mourning over an incident that many have argued that could be avoided.

Cobra is known to be one of the most venomous snakes in the world, their venom directly attack the respiratory system of its victims, thereby causing paralysis and death if treatment is delayed. 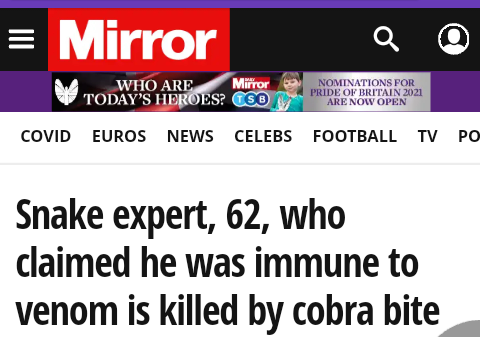 Good News to Kenyans As MOH Receive Another 1,462,400 Doses of AstraZeneca Vaccine

"Is It A Bye Or What?" Akothee Leaves Fans Talking After Posting A Photo Dressed In Turkana Attire

6 Psychology and Financial Lessons From the Book The Monk Who Sold His Ferrari By Robin Sharma.