By Achienge (self media writer) | 10 months ago 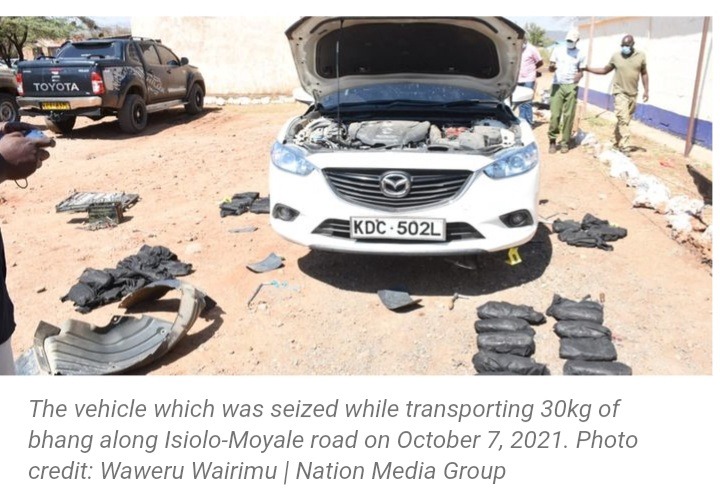 Four youthful men were yesterday nabbed while transporting 30 kilogrammes of bhang in a private vehicle, hidden under the bonnet.

The arrest followed a sting operation by police after bhang worth Sh2 million were recovered along the road for the past two months with the latest one being seized on Thursday at Archer's Post. 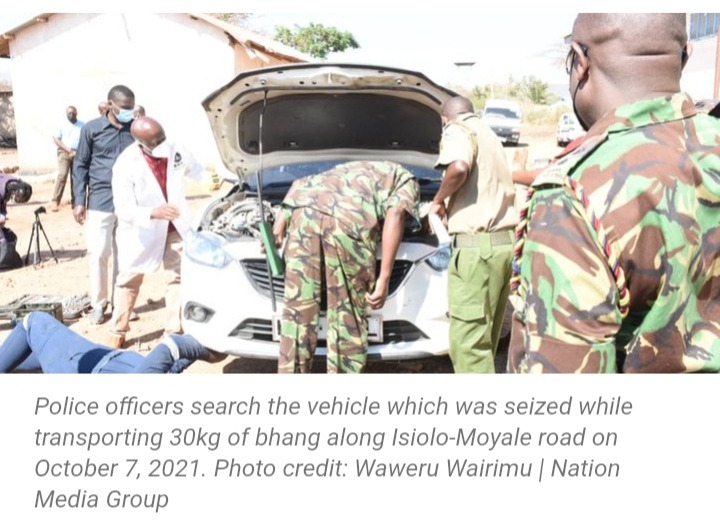 He added most of the suspects ply routes in Kom and Yamicha to avoid security inspection.

The well trained group, he affirmed, will also take riffles dealings by some of the drug suspects.

He said all vehicles inclusive of government officials will be inspected in bid to make sure no drugs pass through their areas unnoticed.

“The drug traffickers should be aware that the government is in high levels before them and we will not sit back and relax unless the menace is fight off,” Mr Omoding said. 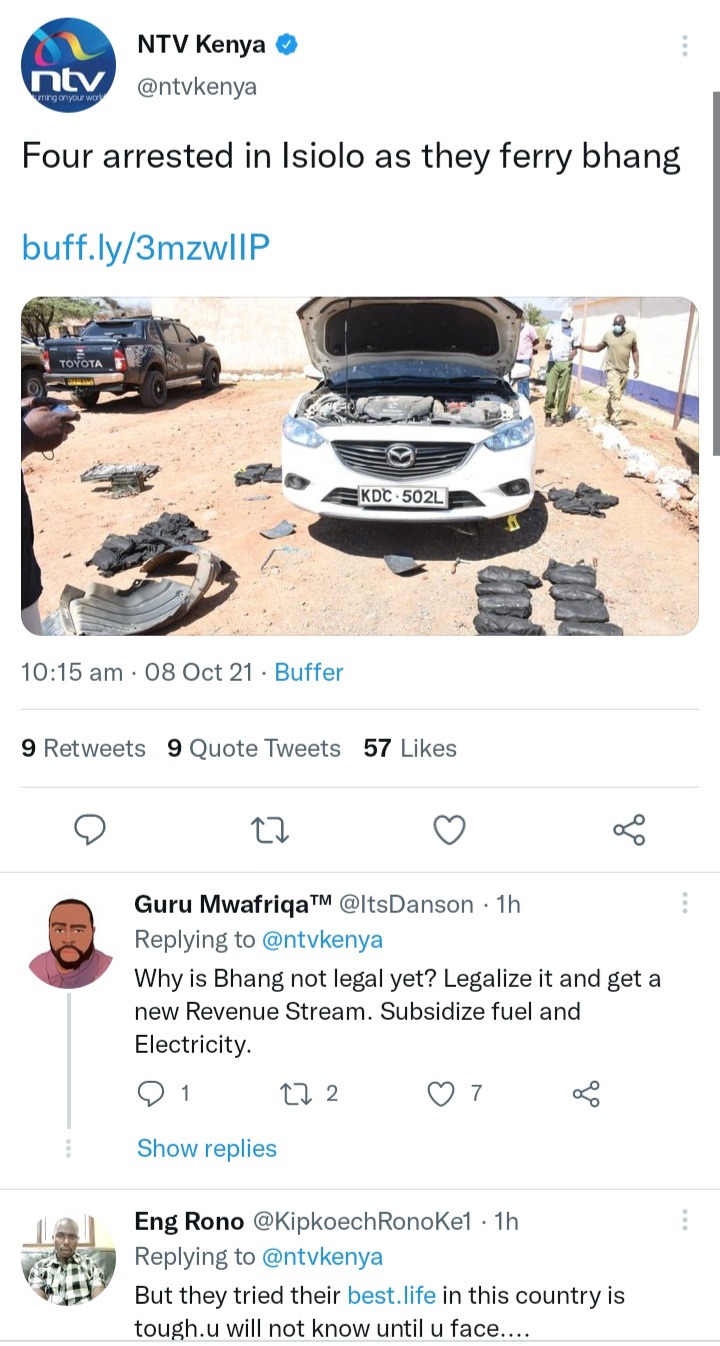 Together with County Police Commander Joseph Kigen alongside Criminal Investigations leader Betty Chepng’eno, the officer said police dogs will be used along this routes for quicker identification of cars with drugs.

Official Presidential Results Per Constituency So Far From IEBC