By SoccerDen (self media writer) | 27 days ago 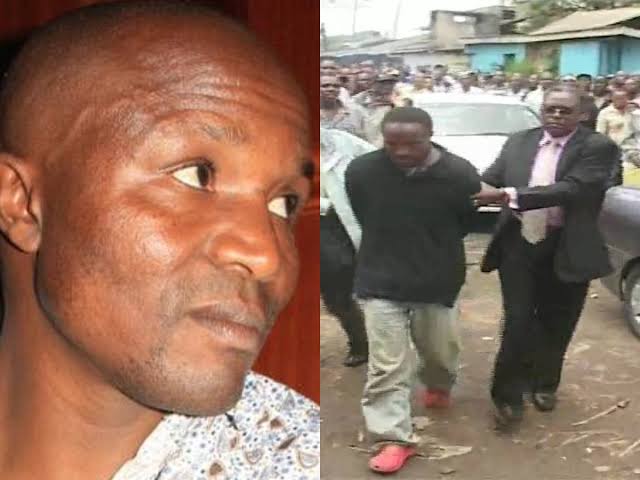 The name Philip Onyancha ruled the country's airwaves for several days in 2010 after police were able to trace and arrest a Notorious Serial killer who had been terrorizing the country for years.

Philip Onyancha has since confessed to the murder of 17 people most of them being women and children. Many Kenyans were left with alot of questions regarding what went through his mind during the killings. 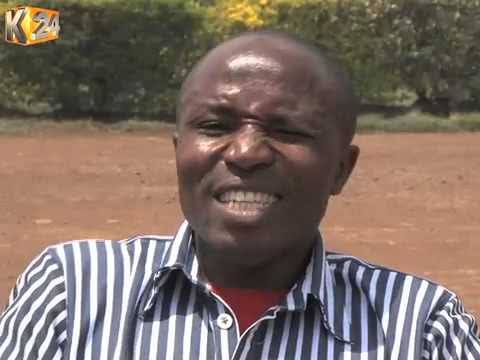 The Serial killer was sent to prison in 2010 and has been inside for 11 years. He was recently acquitted of the murder of a lady in 2008 by Judge Jessie Lessit who blamed the police for failing to clearly prove that Onyancha had killed the lady despite clear evidence.

He is currently serving his sentence at Kamiti Maximum Prison where he agreed to have an interview with a local daily. According to Onyancha, the reason he came forward was because he had enough of himself and was even scared of himself. 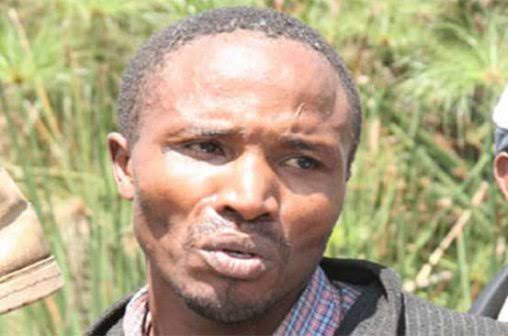 He revealed that his victims were mostly women who had Angered him in the process of making out. He blamed his rite of passage for turning him into a monster. According to Onyancha, he was made to believe that a woman should reject his advances.

He also revealed that he was Sexxualy abused when he was young and this turned him into a cold-blooded monster. He is however happy that he has finally found himself while in prison. He is hopeful that one day he will be released so he can take part in his son's life. His son is currently 12 years old. 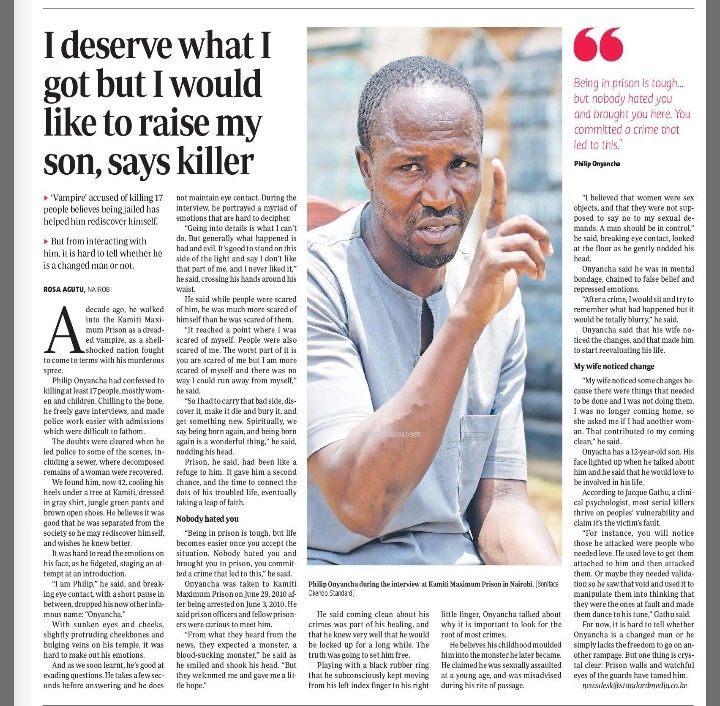