Man Hacks Wife To Death In Kwale While Carrying Her One-Year-Old Baby, Plans To Flee The Country 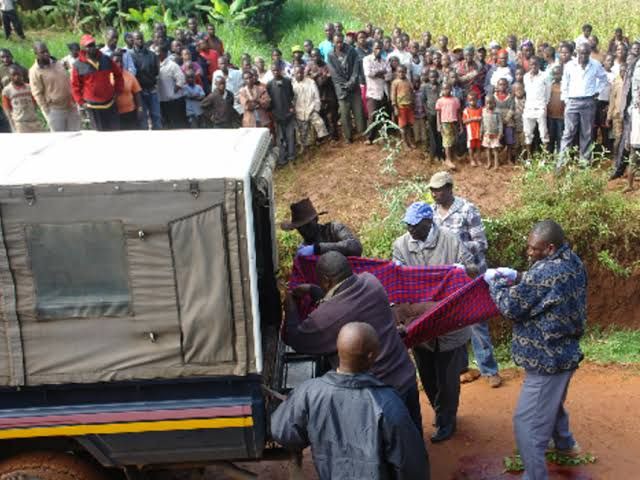 A man who was suspected of killing his wife in cold blood early this year has finally been arrested by detectives in Kwale County. The man was identified as Hamatton Ismael Karisa popularly known as Ismael Charo Mumba was arrested as he tried to escape to Tanzania through the Lunga Lunga border point.

The 35-year-old suspect is said to have hacked his wife using a machete killing her on the spot. The couple had experienced constant disputes in their marriage and the deceased who is Nehema George Karisa had decided to gone back to her parents home in Bamba. 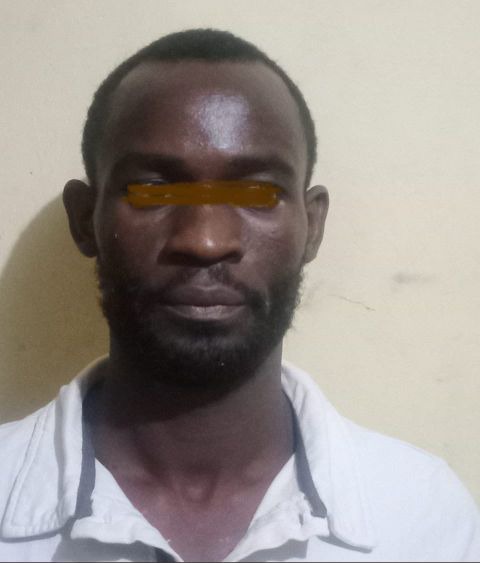 However, on the fateful day, the deceased’s estranged husband, Mr. Karisa walked into her parents’ compound with the claim of ironing out the issues that had destroyed their sweet marriage. In a dialogue that took hours between the man and deceased’s parents Karisa managed to convince his wife to return to her matrimonial home carrying her one year old baby. Lityle did she know that her husband had already hatched an evil plan to eliminate her.

He was just leading her to a death trap away from the parents home. An hour later at around 7:30 pm in the evening, the deceased’s lifeless body was discovered lying by the roadside in a pool of blood. The dead body was just next to Jila Chief’s camp in Bamba. The body had several deep cuts at the back of the neck. In a heart wrenching scene, the one year old baby was still carefully strapped on the back of the deceased using a piece of leso.

Karisa as the suspect immediately went into hiding after committing the heinous act. Detectives moved into action and began looking for him . However, this morning a member of the public spotted the suspect as he tried to cross to Tanzania, in order to escape justice.

The concerned citizen notified the detectives using their numbers. Detectives who are based at Ganze immediately swung into action and arrested the suspect. He is currently in police custody for the heinous murder of his wife. He will be arraigned in court tomorrow to answer to on the criminal act. 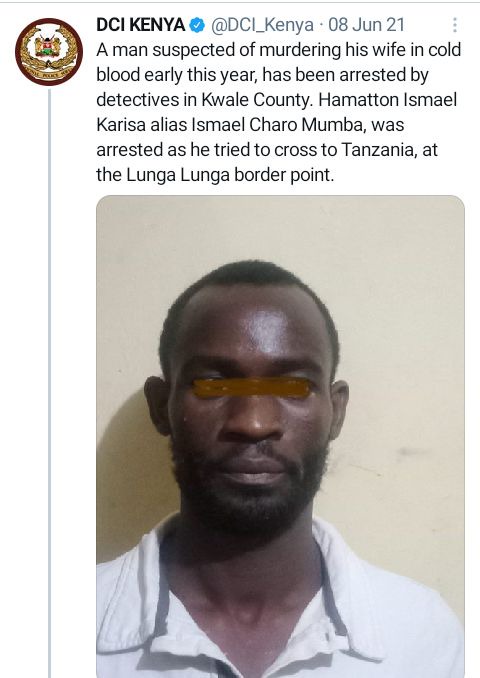 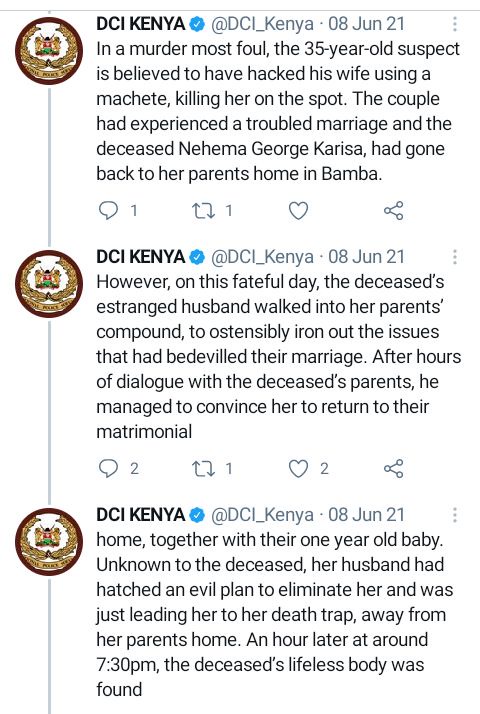 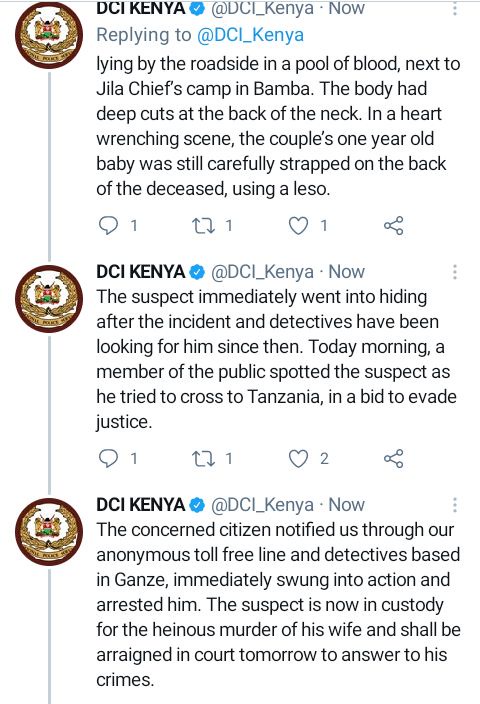