Kenyans have today woke up to the shocking news that a woman posing as as a policewoman was uprehended at Royal Media offices. The woman had gone for an interview at Inoro Tv when police ambushed and detained her.

Details have now emerged about the woman named Monica Gitau who as it turns out is a politician vying for Nairobi's woman reprenstative seat on an Usawa Kwa Wote Party ticket. 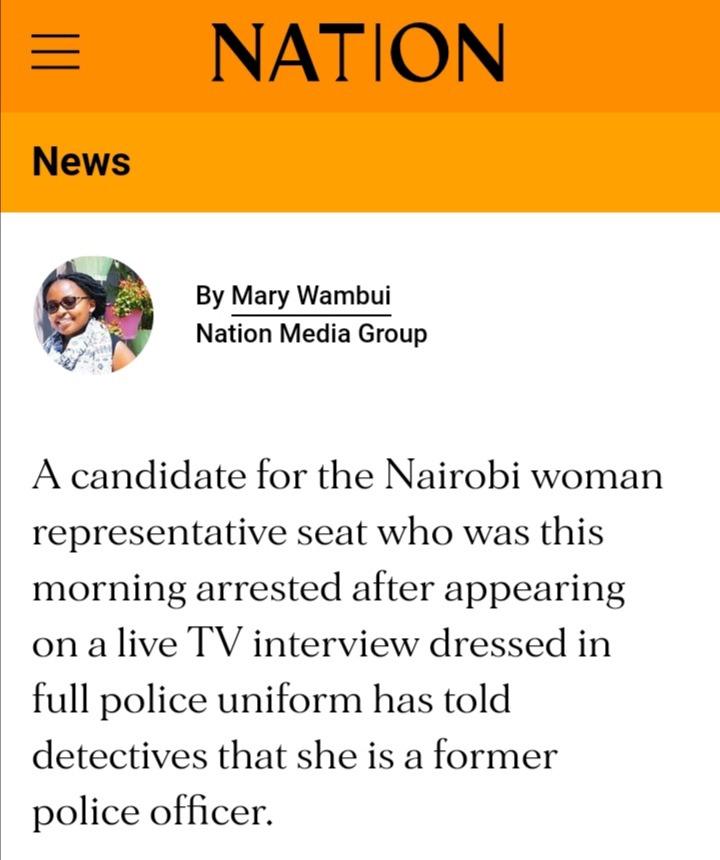 Witnesses have claimed that when Monica appeared on Inoro Tv to discuss her personal and political difficulties, authorities figured out that she was impersonating a police officer and was illegally donning a junior police officer's uniform. They quickly rushed to Royal Media offices where they caused a commotion outside the TV studio offices in Nairobi. Upon getting out, Monica found armed police officers waiting for her outside the compound.

It is said that Monica was once an Administration police but retired in 2011. Police responded by saying that they would open charges of impersonation and doning police uniform after retirement. The woman was taken to Kilimani police station awaiting to be taken to court. 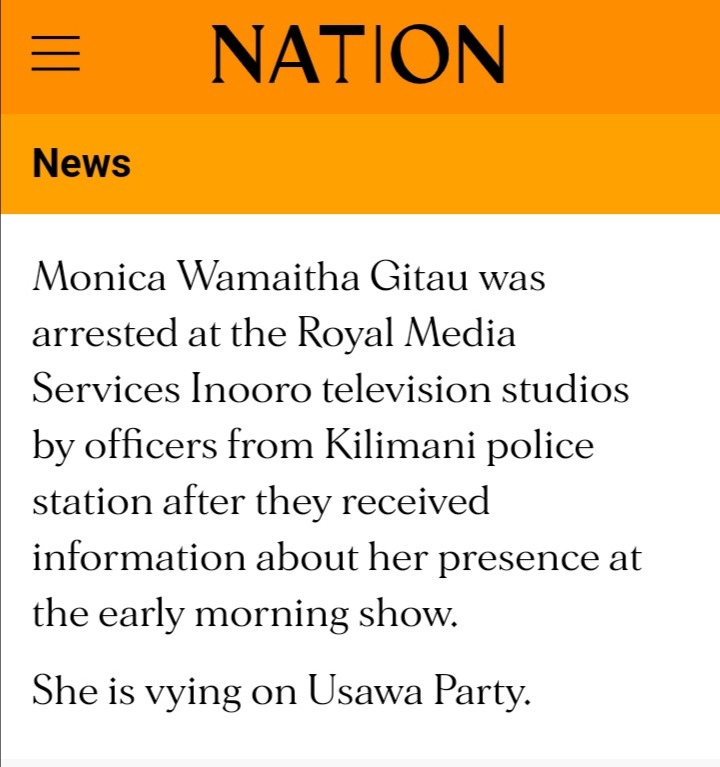 Royal Media on its part are said to have claimed of not being aware that the woman had retired and wasn't permitted to be in the studio wearing a police uniform without permission.