In their eulogies at his funeral, Obegi's family remarked that despite his reputation having been tarnished, the man had led a honorable life while he was alive.

Emotional family members and friends clutched to Obegi's casket, sobbing and pleading for answers as they wept. 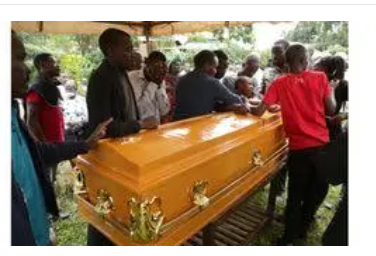 Evans Mose, his father, commended the media for their attention to the matter.

"Although Obegi's body was mangled, we are happy to have laid him to rest. Despite this, I beg President Uhuru Kenyatta's government to look into why so many young guys are being shot and killed "he informed me. 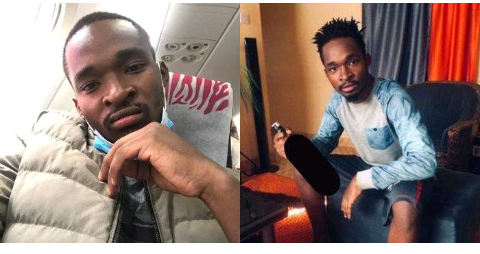 Mr. Mose urged other countries' special forces to assist in the investigation of Kenya's murders of young individuals under the age of 35, stressing that the killings were particularly brutal.

According to him, they are confident in the government's ability to bring Obegi's killers to justice and that doing so would aid in the healing process for his son.

"I'd like the authorities to show me proof that my son was well-off before he committed suicide. I will be tormented for the rest of my life if they don't "he commented. 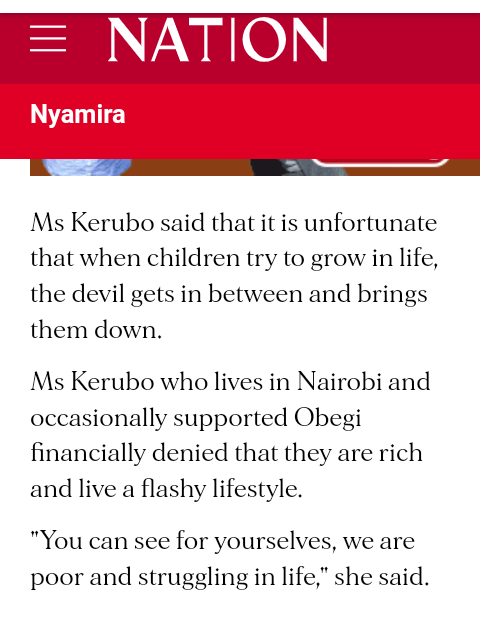 While not all technology is negative, an Obegi's uncle said that the government should assist young people in their quest for a better life.

"Let the government explain where the technology is lacking and provide training, if possible, to those who need it. Our son Obegi was a good student, but he was also having a hard time keeping up. Due to a lack of funds, he had to postpone his university classes for an entire year "According to the uncle, Obegi was able to survive on the help of his family and friends. 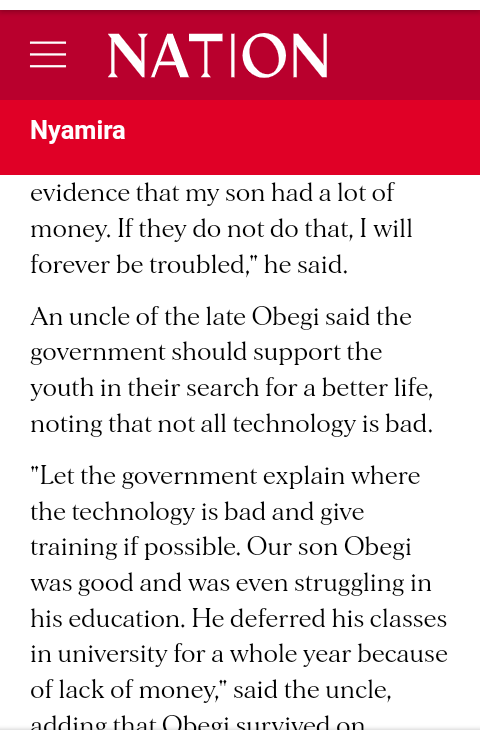 "You have no idea what hasn't happened to you. The information you've been given is incorrect. As a wonderful guy who wasn't unwell, Frank died in an extremely painful way "Veronica Kerubo, an aunt, expressed this.

'Who Is Julian Cherera?' Details Emerge On What She Was Doing Before Landing At IEBC Job