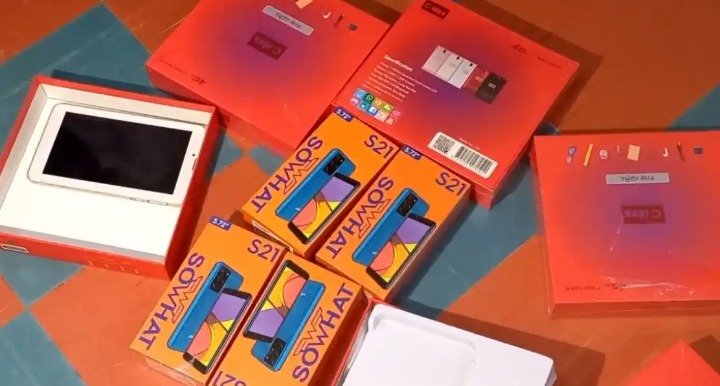 Citizen Digital was informed by Narok sub-county Police Commander Fredrick Siundu, who confirmed the incident, that the con artists four men and a woman would entice their victims with freebies before telling them they were selling phones at a discount.

However, a few days after purchase, the phones would stop working. 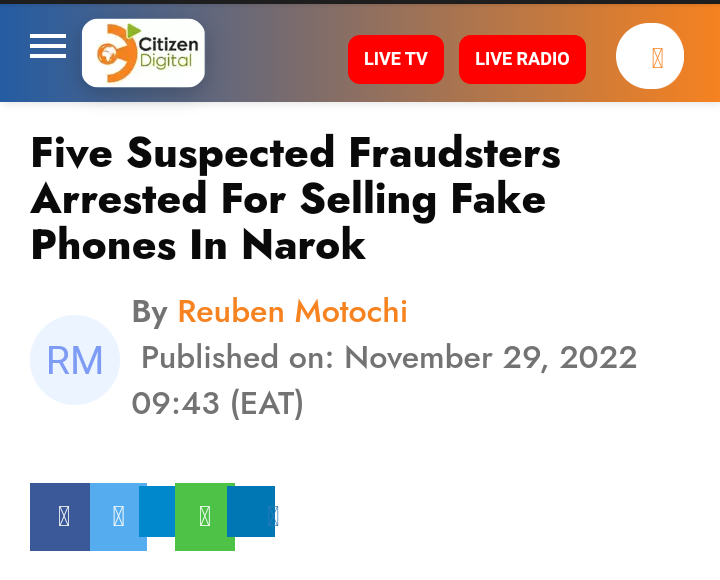 "We have detained four men and a woman who were defrauding residents of the area."We believe that there may be additional victims in the area," he stated. "They had managed to defraud three people by the time we arrested them."

Mr. Siundu claims that the public gave the police a tip and they set a trap for the five by approaching them in plain clothes and asking for the fake phones.

They were captured following finishing the exchanges.

"We encourage any people who could have been cheated by the conmen to come and distinguish them so we can then continue with legitimate activity.

Mr. Siundu stated, "I'd like to warn any other criminals operating on the same mode of operation that we will catch them."

When the suspects approached Alex Saruni, one of the victims who had lost Ksh.25,000, he stated that he was in desperate need of a phone.

After agreeing on the price, Saruni noticed that, despite inserting a SIM card, the phone did not have cell reception.