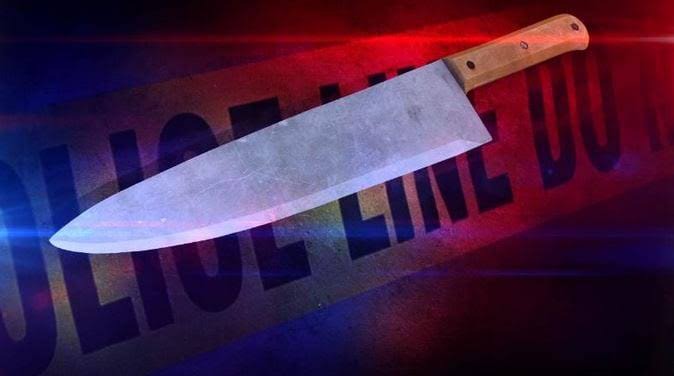 Homicide and attempted homicide cases in the country among tertiary institutions students are on the rise which has become a major issue which requires quick action to avoid the loss of several lives.

Cheating allegations among these young university students have been the main cause of such incidents which has seen several ladies got badly injured while others loose their lives.

Today, a 24 years old KMTC student has been saved from a mob who were on his neck ready to lynch him after he was alleged to have stabbed his estranged girlfriend. 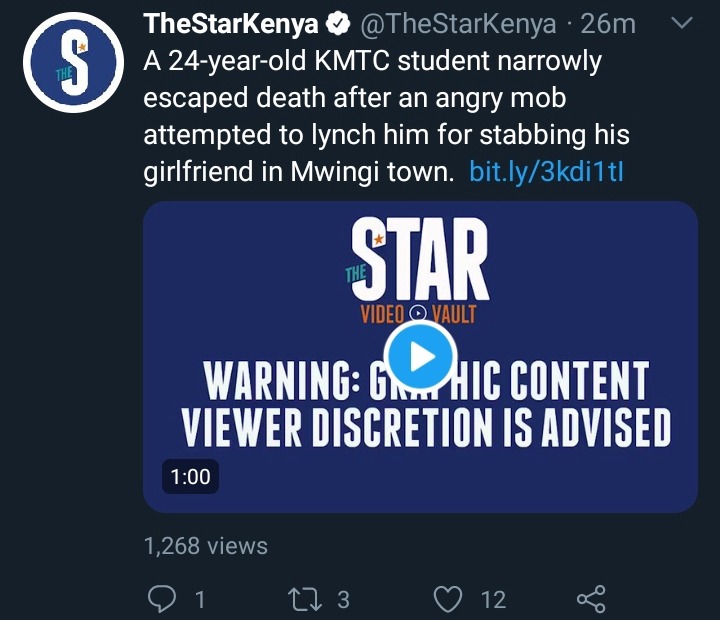 According to The Star news reports, the 24 years old who's name is yet to be revealed had tricked his girlfriend to his house where he locked the door from inside and demanded the scared lady to open her phone.

After some little argument, the boy rushed for a kitchen knife which he used to stab the girl (identified as Faith) which made her scream out loud alerting the neighbours who responded quickly.

The young man was not lucky as the mob pounced on him, kicking him several times only to be saved by police officers. Speaking from Mwingi hospital, Faith stated that she was not aware of her boyfriend's intentions when they went back to his room.

She stated that a stab to the abdomen made her collapse only to find herself in hospital. Parents have been advised to keep on monitoring their students who learn far away because the rate at which such heinous acts are happening is so worrying.

Watch the video on the link below;