By Sir.Kibet (self media writer) | 3 months ago

Earlier today, according to the Uzalendo News, police are investigating the murder case of a man who shot his beloved wife and later turned to kill himself too.

The man is going by the name Jonathan Mukundi Gachunga. He is 42 years old. He was a businessman from Kiambu county. In addition to that, he was a licensed gun owner. The guy has been in a happy relationship with a lady called Philomena Njeri. The beautiful lady is 30-year-old wife. A licensed gun owner is said to have killed this lady in their bedroom Friday night. 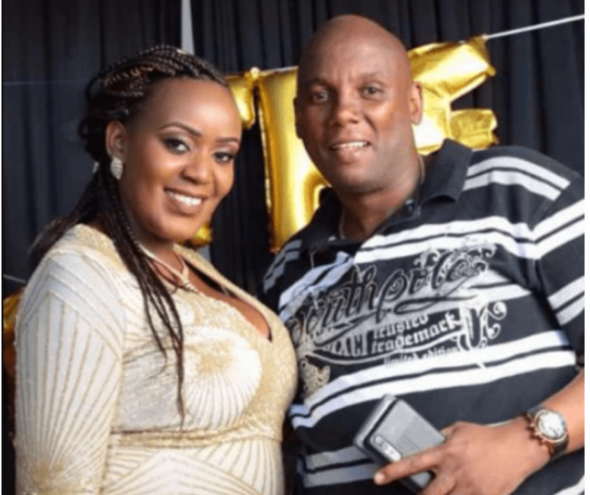 The man who notified the police about the incident was his friend called Robert Charango Njuguna according to a police report.

Mukundi was not responding to his phone calls, according to Njuguna. It was around 6 p.m. at the time.

It was reported that Njuguna together with police from Kiambu Police Station headed to his house where the bedroom was found locked from the inside.

Nevertheless, the door was broken where the bodies of the said Jonathan and Philomena were found dead. The woman was heavily pregnant.

It also said that the man killed his wife by shooting her the head and then committed suicide by shooting himself on the head using afire arm make Glock mini s/no beza475.”

The crime scene is secured for further investigations. The two bodies were moved to Kenyatta Referral Hospital Mortuary awaiting post-mortem.

Content created and supplied by: Sir.Kibet (via Opera News )