Four people have been killed on suspicion of witchcraft. The scene is in Bomokana village in Kitutu Chache, Kisii County.

Going by the reports, four people were killed after being accused of bewitching a high school student.

According to DCI; they have started their investigations. So far, police officers in Kisii have arrested four suspects in connection with the killings. 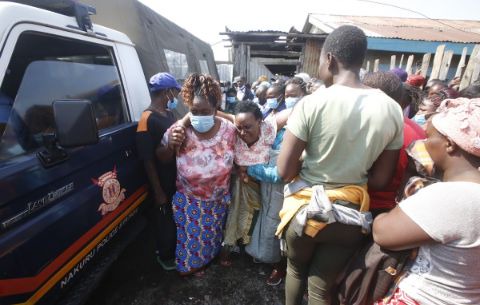 On the other side, Kisii Deputy County Commissioner Patrick Muriira, has confirmed that they are still tracing other rogue residents in connection to the murder of the four people.

Mr Muriira has also stated that they will trace the other suspects, using an amateur video clip taken by one of the residents, during the scene.

The video shows residents gathering next to charred remains of the four people who were killed over allegations of practising witchcraft in the area.

According to witnesses, the four were lynched after a 17-year-old high student who mysteriously lost his hearing ability recovered and claimed that he had bewitched.

In conclusion; Mr Muriira has warned residents against taking law into their hands, urging them to present any suspected witch doctor to police. Since there is a law that takes legal action against witch doctors.

Note; Hundreds of people suspected of witchcraft have died at the hands of the public in Kisii in the recent years, despite warnings by authorities against mob justice.

What's your take, share it on the comment section. Please support us by sharing this article. I will get back to you with more news. 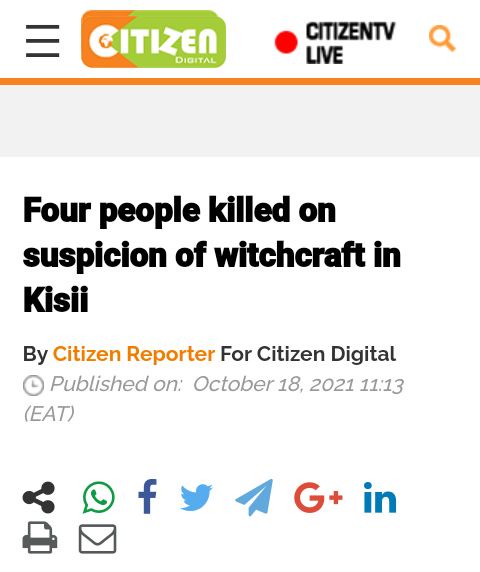 Video: Bus Ferrying Passengers Going to a Wedding Plunges Into a River as The Driver Tries to Cross