Kenyans have been left in shock after it was reported that thieves have now resorted to stealing from schools in different parts of the country. For instance, thieves have broken into several schools in Trans-Nzoia county and managed to walk away with valuable things.

The thugs usually target things that they can sell as second hand. They are capable of stealing televisions, CCTV cameras, foodstuffs and money. Several schools in Trans-Nzoia county have fallen victim of these heinous acts from those rogue thugs.

The thugs went ahead to kill a security guards at a local school identified as Sikulu secondary school. They also broke into the home of Trans-Nzoia senator and injured the watchman before stealing valuable electronic devices worth huge sum of money. 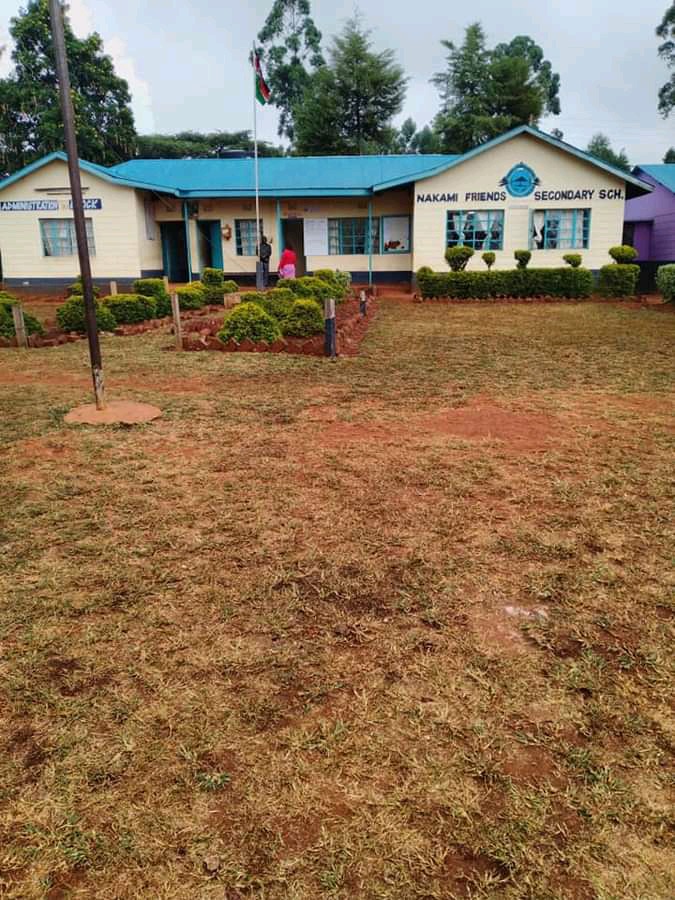 It has been reported that even today morning the thugs managed to break into another local school in Trans-Nzoia identified as Kinyoro secondary and Nakami friends and managed to vandalize properties. They also broke into the offices of both the clerk and principal and managed to walk away with televisions. 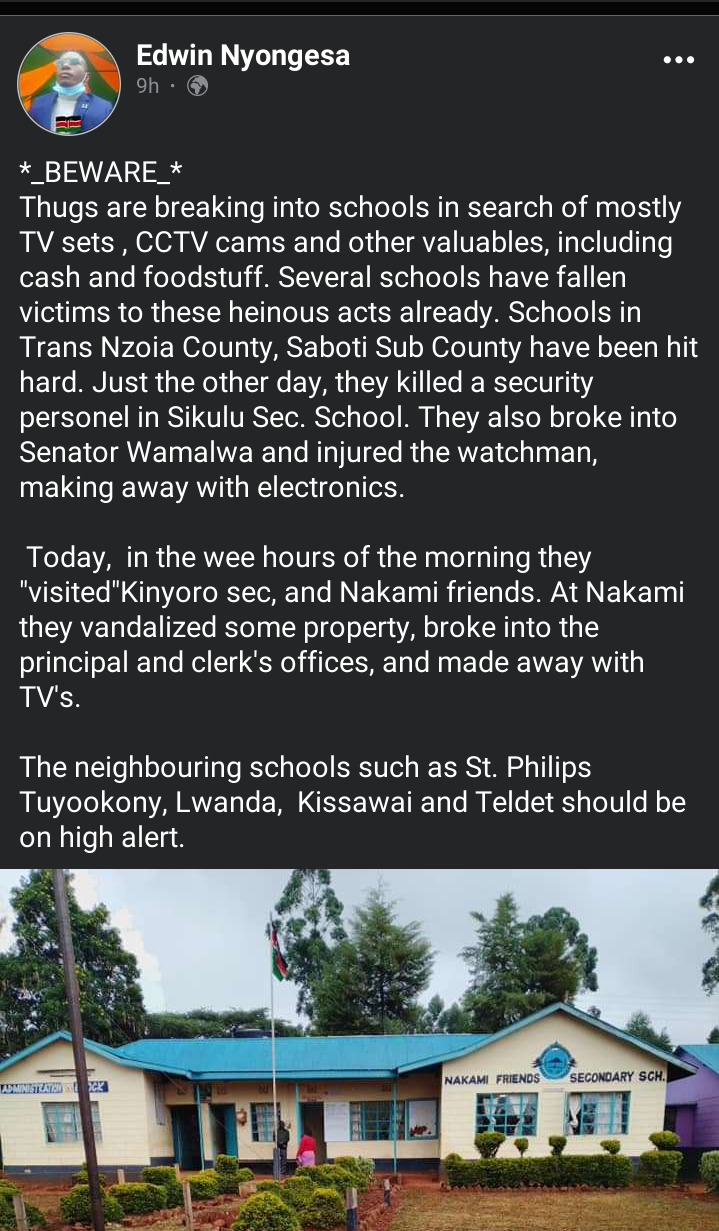 The reports has also urged the neighbouring schools to be alerted of any suspicious people since they don't know the day and time when the thugs will attack again.