By Okwama (self media writer) | 11 months ago 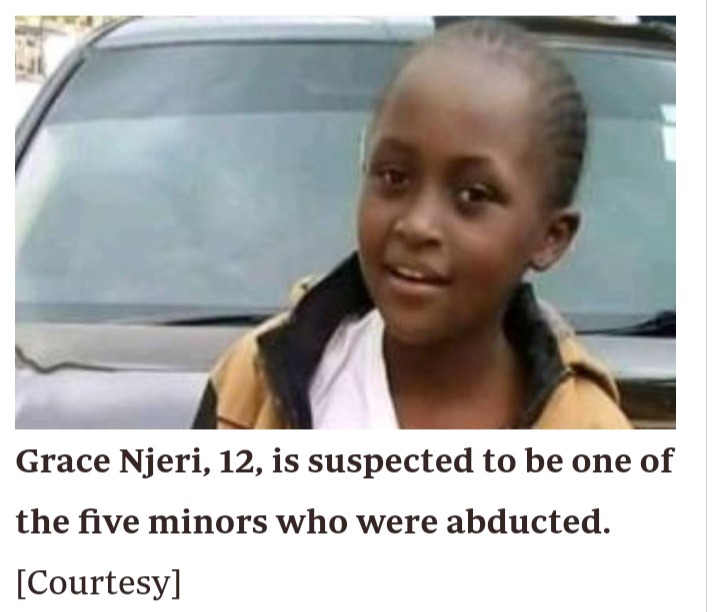 The body of one of the girls of the Moi’s Bridge perennial killer has been exhumed by DCI detectives for autopsy and DNA tests.

Grace Njeri, 12, is believed to be one of the five minors who were kidnapped, defiled and murdered by the self-confessed murder suspect Evans Juma Wanjala.

Her body was exhumed at her grandparent’s home in Karara-Nyakinyua in Moi's Bridge for almost three hours by sleuths from the Homicide and Forensic department, as family and neighbours supervised.

On July 22, Peter Kamau, the probation officer who was investigating the death of the five minors, had asked the court to order the exhumation for a DNA test to establish if the remains that were buried in June 24, 2020 was indeed Njeri’s. 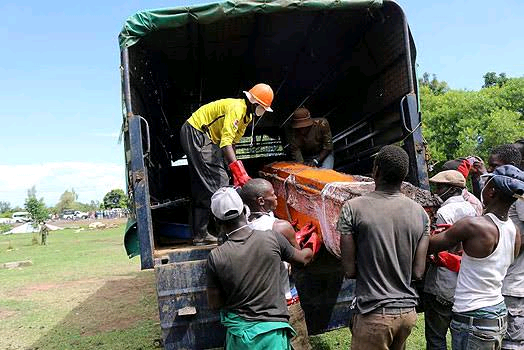 According to the DCI, the body parts were not presented to autopsy or DNA tests before she was laid to rest.

Wanjala, who is yet to show up in court on Monday, is reported to have admitted to defiling and killing four other minors.

The suspect was filmed on CCTV cameras with his immediate victim being the 13-year-old Linda Cherono, resulting into his detention since June 16. Cherono disappeared from their home on June 11, 2021. Her body was discovered on June 15 near Baharini Dam.

All the bodies had proofs of defilement. 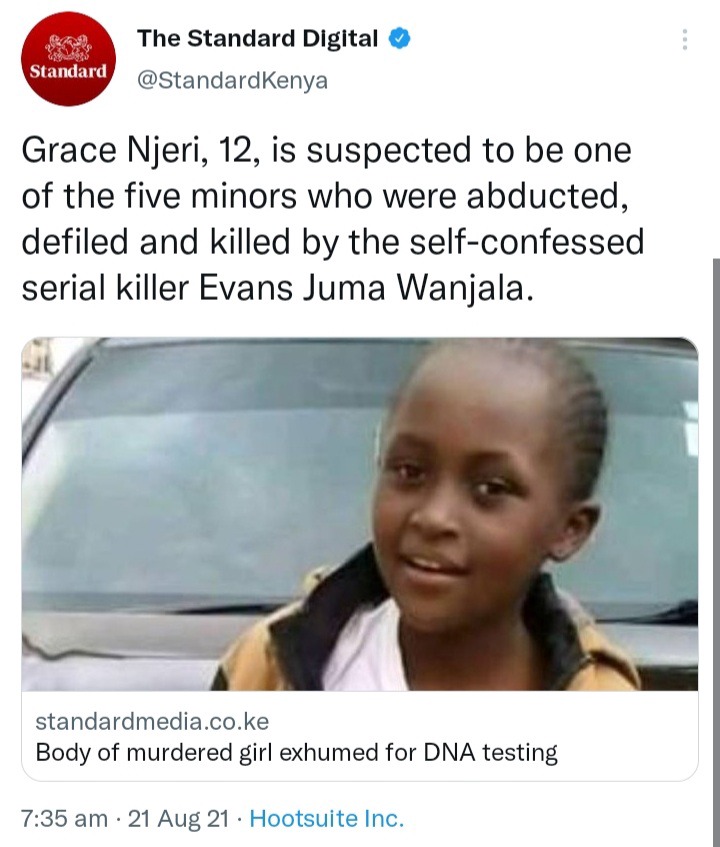