By Kenyanews.com (self meida writer) | 7 days 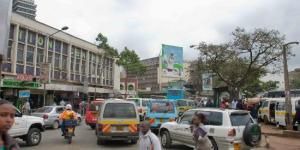 A motorist who got stuck on the road for three hours after his vehicle broke down, was shocked to find it missing 30 minutes after he alighted to go seek help.

A statement by the DCI on Monday, September 14, indicated that Stephen Kamau was on his way to Murang’a from Maragua town, when his vehicle stalled on the road at around 2am.

Kamau parked it by the roadside and kept vigil until 5am when he alighted to look for a mechanic.

On his way, however, Kamau remembered that he had not carried his charger with him and went back to where he had left the vehicle.

"He discovered that he had left his type c phone charger inside the vehicle and decided to go back and get it."

"Kamau was shocked beyond words, to find his earlier broken down vehicle missing. How it disappeared from where he had left it 30 minutes earlier, baffled him," reads a statement by DCI.

He immediately walked to Murang’a police station where he reported the incident.

According to data from the Association of Kenya Insurers (AKI), an estimated 1,300 vehicles are reported stolen in Kenya each year, an average of 4 vehicles disappearing into the dark underworld of carjacking per day.

The report indicates that 71% of vehicles reported stolen in the country are Toyotas, followed by Isuzu (7%) and Nissan (5%). The rest constitute 17% cumulatively.

In terms of colour, carjackers prefer white followed by silver.Car thieves have kept abreast with the changing technology in the motor industry and one of the tactics they use when stealing is the use of jammers.

Here, a thief presses the jammer just before the driver presses his fob to lock the car.The car’s alarm will make its usual sound but the car will not lock. To be safe, it is advisable to ensure all doors are locked before leaving your car.

No Expensive Refrigerators Again, See The New Method Of Food Storage That Does Not Need Electricity.

Advantages Of Green Peppers For Health