By TelegraphKenyanews.co.ke (self media writer) | 3 months ago 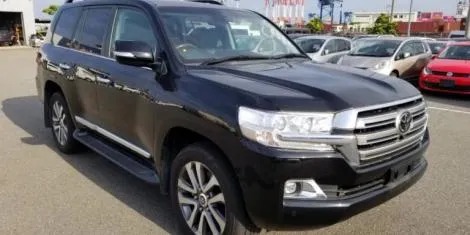 A musician was arrested on Friday, July 2, for allegedly stealing a dead businessman's vehicle, the make of a Toyota Prado v8.

Sheila Wairimu was nabbed after the tycoon's family launched a complaint with the police stating that the suspect had changed ownership within four days after PJ Dodhia Kumar died.

Wairimu is accused of accessing Kumar's NTSA account after which she transferred the ownership of the vehicle to herself.

Records at the Transport Authority indicated that Wairimu was granted ownership despite there being no supporting documents from the owner.

Kumar's wife claimed that Wairimu had only been given the vehicle to 'use and return' by the deceased when they were in a relationship.

"The deceased’s wife authorised one of the relatives to make a report of any property owned by the deceased,” Trans Nzoia DCI officer Francis Kihara told the Nation.

Police officers tracked down Wairimu to Kitengela and towed the vehicle to Buruburu Police Station and later to Kitale Police Station.

“She initially made attempts through lawyers to block us from pursuing the matter but failed. She came on Friday in an attempt to recover the vehicle but we arrested her instead,” Kihara added.

Upon her arrest, Wairimu stated that the vehicle had been transferred to her without her knowledge.

She will remain in custody until Monday, July 5, when she will be arraigned in court.