Kenyan undercover cop who goes by the name of Crime Detector has sent a chilling warning to a group of three middle aged men who are allegedly terrorizing residents in Makadara. 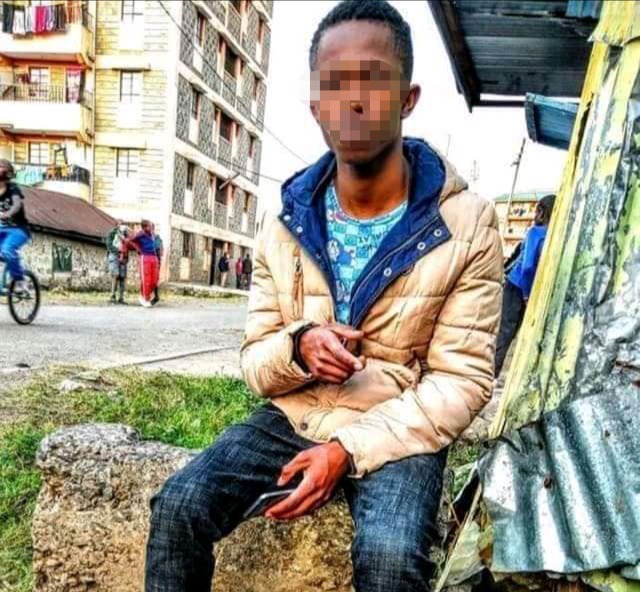 Taking to his Facebook account to express his fear and concerns, the officer has revealed that the suspects who have been identified as Brayo, Jaymo and Kaangi are renowned thugs who are continously attacking and stabbing residents for unknown reasons.

Reports have revealed that the one of the suspects mother knows about his child's wrong doing and despite the fact that she has been told about him, she has continued to defend him in all possible ways to the point that she allegedly bails him out after he's arrested.

Due to this reason, the undercover cop has called upon the three urging them to reform and find an alternative solution to solve their economic problems instead of Robbing residents.

Crime detector who work with Hessy Wa Dandora said that this was the right thing to do adding that if they don't follow these instructions then they were going to face or rather meet with the long arm of the government in their line of work.

This comes a day after renowned undercover cop who goes by the name of Hessy Wa Dandora allegedly Gunned down a man who is reported to have shot his girlfriend in Embakasi.

According to the reports given by Hessy Wa Dandora, he said that the suspect was among a group of Gaza members most of whom were Gunned down in different occasions.

The suspect who has been identified as Joel allegedly shot his girlfriend dead in broad daylight after she allegedly reported him to the police for assaulting her on different occasions. However, he was tracked down and killed by the police a few days later. Bible Verses Which Speak About Suicide

I Will Never Leave You Alone; God's Message To You

"Mom Is Out Of Surgery. It Went Well" Murugi Munyi