The National Police Service has been at the forefront of ensuring that the country is safe at all times so that Kenyans can live in peace without any fears of being attacked or robbed.

There have been different police bosses over the years but many will always remember Charlton Muriithi who was the head of the police for a number of years.

According to the available reliable reports that we have received from The Star Newspaper, Charlton Muriithi has passed on this morning after a bout of illness that has not yet been disclosed to the media.

The Former Police Boss served in various capacities while in the National Police Service where he worked for many years after hiss recruitment into the service.

He was the Traffic Police Commandant in the year 2015 when reshuffling was done and he was transfered to another department within the Police Service.

He also served in the capacity of the North Eastern Police Commander for a number of years before he retired from the service a few months ago as per the reports that we have.

Chalton Murithi was an exceptional police officer as per the reliable reports that we have this morning with us.

We extend our condolences to the family, friends and former colleagues of Police Boss Charlton Muriithi whose death has just been made public a few moments ago.

It is still unclear as to the cause of the death of the former Traffic Commander in the country as well as the North Eastern Police Commander. 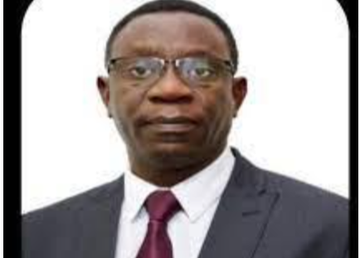 Picture courtesy. Charlton Muriithi who was the former Traffic Commander of Police as well as the North Eastern Police Commander for a number of years before retiring.