By GhostNews.Com (self media writer) | 26 days ago 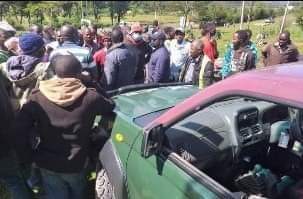 Angry mob during arrest of the chief (Photo Courtesy: Facebook)

Residents of Kimasiani in Londiani, Bomet County were about to lynch a Chief who was alleged to be in an affair with someone's wife, but the administrator was rescued and placed in police custody at Londiani police station.

Sleuths begun their investigations which begun from their messages which clearly indicated that the two (administrator and the lady identified as Mercy) were in constant communication even though the woman had accused the chief that he was forcing her. 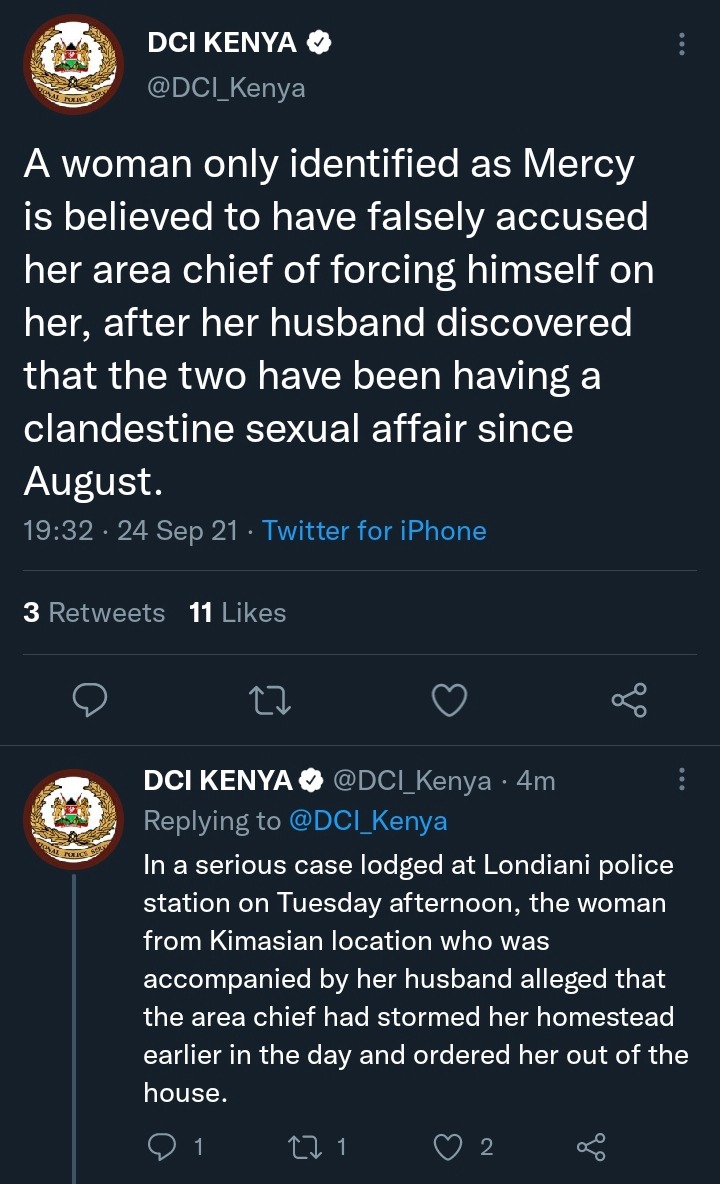 According to the DCI, several messages exposed the two, with their relationship being dated back in August. The woman's husband is claimed to be working far from his home which gave the two an opportunity to meet always.

"The Londiani based sleuths discovered that Mercy and the Chief had indeed been in a relationship and for a period of time, they had been exchanging missives laced with sweet nothings." A statement from the DCI stated. 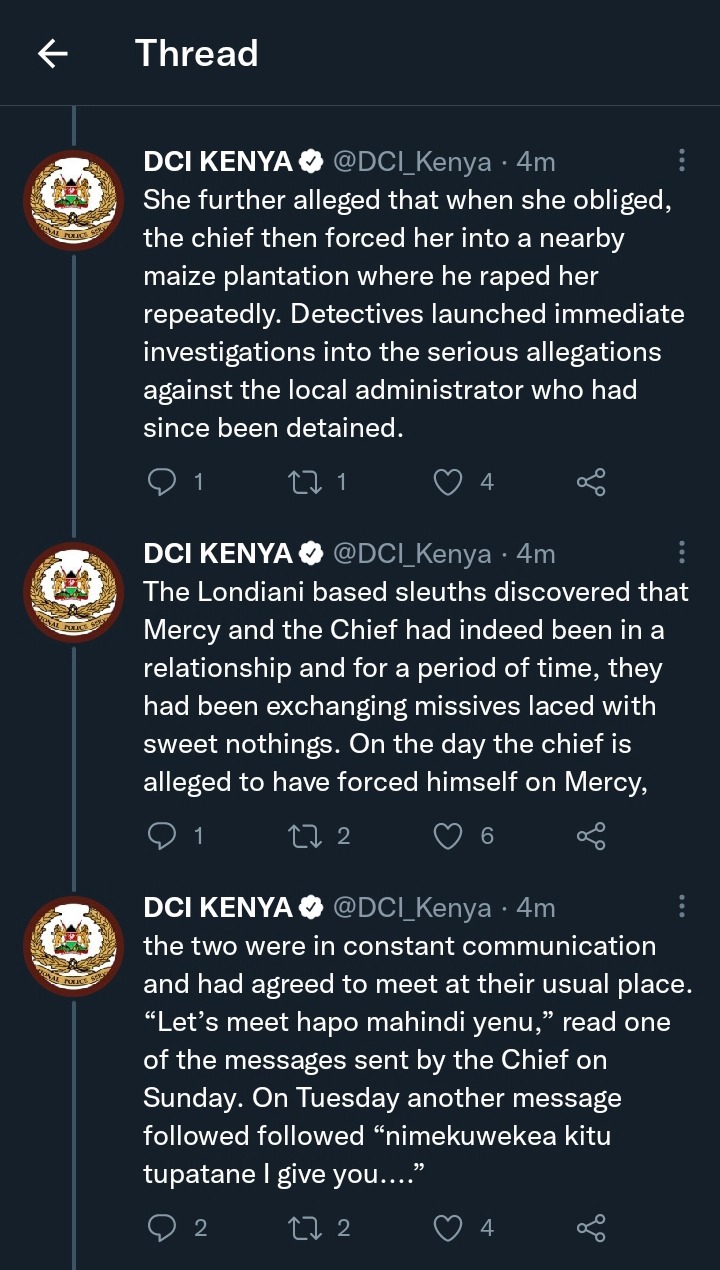 "On the day the chief is alleged to have forced himself on Mercy, the two were in constant communication and had agreed to meet at their usual place. “Let’s meet hapo mahindi yenu,” read one of the messages sent by the Chief on Sunday." The last part of the report stated.

This clearly indicated that the woman was trying to cover up her own mistakes by claiming that the Chief was forcing himself on her, but in reality she was very aware of what was going on.

Couples have been advised to be loyal and faithful to each other to avoid instances and cases of someone being lynched after being busted in the act.

Good News To Mumias Sugarcane Growers: Investor Offers 2.2B To Them Hrs After President Announcement

Wizkid Posts Baby Mama Who Is Also His Manager Wishing Her A Happy Birthday, See Photos

Masten Wanjala's Postmortem; Doctors Refuse To Address Journalists About What Killed Him