By Eyesofalegend (self meida writer) | 1 months

There was drama in Tana River county after a mother in law stole and made away with her daughter's bride price money. This was during the presentation of the bride price by the in-laws. 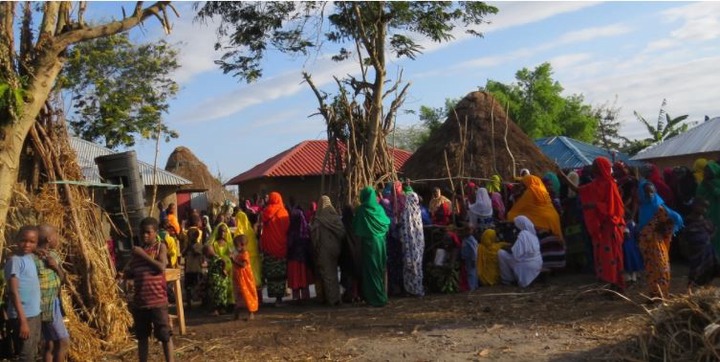 Prior to the event, the bride's mother, a woman named Anne Meweni, had said that she was suspicious of the in-laws. She said she suspected that they would trick her with the bride price. The bride price was then given to the elders as the ceremony proceeded.

The lady is said to have then served the elders and other guests food but did not join them in the feast. She would shortly after disappear from the party without anyone noticing. After she was gone, the elders then realized that the bag they had was full of papers instead of ksh 170,000 meant for the bride price.

This was alarming, but the in-laws decided not to make an issue out of it until the event was over due to the shame involved. The lady in question could not be reached or contacted whatsoever after the event.

Everyone was puzzled as to how and when the money was changed with the papers. The elders then resorted to blaming Maweni's sister. The elders accused her of colluding with her sister to steal her daughter's bride price. Maweni's sister denied having any knowledge of her sister's plans or deeds or taking part in any of it.

The police were contacted and involved later on, and Maweni's sister revealed that Maweni might have stolen the money to get back at her in-laws for a previous grudge she held against them.