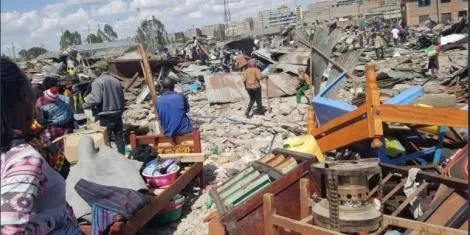 40,000 residents of Mukuru kwa Njenga slums have their hopes restored after Nairobi Governor Anne Kananu jumped to their rescue.

Speaking during a church service on Sunday, November 21, Kananu revealed that the residents would not be forced to move from the contested parcel of land.

She further explained that only those along road reserves should be moved but the rest should be allowed to rebuild their lives without undue state interference.

Kananu promised that she would offer assistance to the affected to rebuild their homes and that plans to provide them with food aid were already in motion.

"People's house have been demolished. We are going to return them including the people from Mukuru kwa Njenga. We want them back. They have lived there for more than 30 years.

The demolition, which took place in mid- November, left thousands of people homeless including expectant mothers and children.

Activists and leaders condemned the act arguing that the people behind the demolitions were heartless and had ulterior motive.

Since the demolitions, President Uhuru Kenyatta, through Nairobi Metropolitan Services (NMS) Director General Mohammed Badi, assured the residents that the Head of State would use his own money to compensate the affected families.

Badi urged the residents not to encroach the area set aside for the construction of access roads, to ensure ease of access in the area as well as improved service delivery including better power line planning, and speedy response during emergencies.

The NMS boss added that the government will cater for all the expenses including building materials for all the affected families.

The families had been forced to construct makeshift structures even as the government insisted that their houses were built on the road reserves.

"This road will act as an exit from the Expressway at a link road that is being constructed around City Cabanas junction. Businesses that are situated along the road, like Jua Kali are expected to pick up," Nairobi Regional Commissioner, James Kianda, stated. 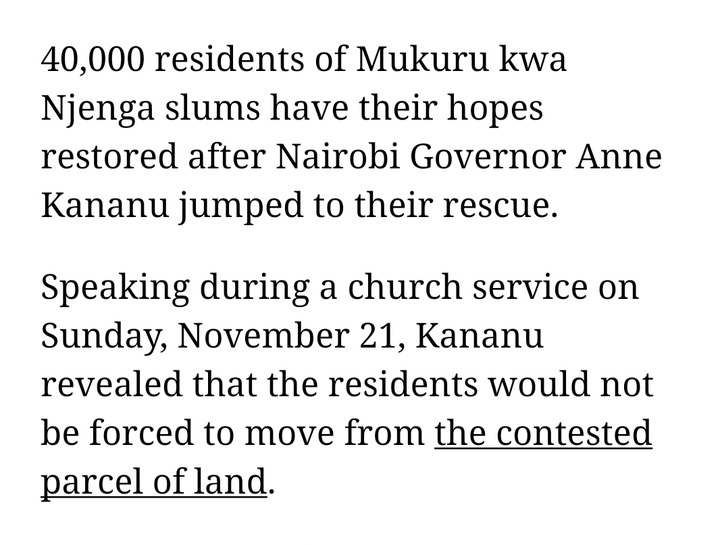 Reasons why Mombasa and Nairobi are rich lands

Big Blow To ODM As Kingi Announces The Following.