By TopHotNewsKe (self meida writer) | 1 months

A 45-year-old man by the name of Josephat Nyangeso died today in Kisii hours after failing to pay a Ksh 8000 court fine. Mr. Josepha was a convict at Kisii Central Police station because he failed to pay the fine for his license fee. He was arraigned earlier on in Kisii Law Courts for selling alcohol without a license and thereafter found guilty. After failing to pay the court fine, the accused was then put in police custody whereby he met his untimely demise. 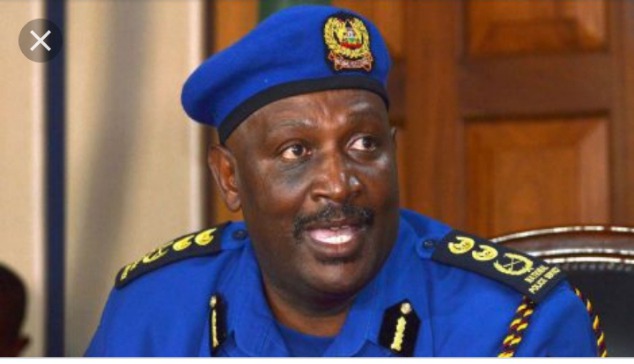 According to the county police commander, the man was arrested on Friday and complained of pain on Saturday. He was rushed to Kisii Referral Hospital where he was treated and later discharged. He complained again today after which he was rushed to the hospital but unfortunately died on arrival. The family now demands answers as to the way he was returned to the cell despite his medical condition. The family also complained to have been kept in the dark of the man's ill health till his death. 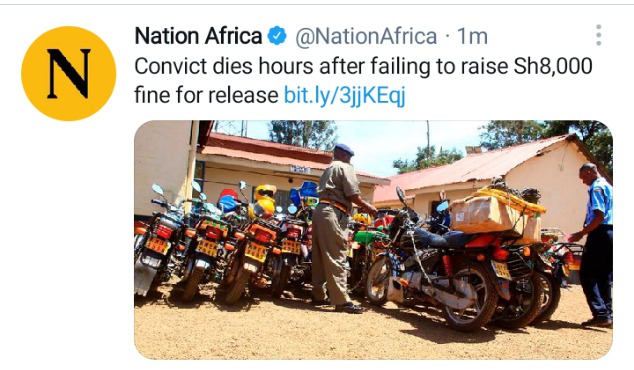 This incident has happened days after another man died in Rioma Police station under unclear circumstances. This led to riots between the residents and police in the area. What do you think of these incidents. Drop your comments below.

"I Didn't Know He Was Set Free," Innocent's Father Demands Explanation On His Son's Release