The family of Jefferson Mwangi Matere has called upon kenyans who might know about his whereabouts to contact them or make a report to the nearest police station for more investigation.

In a news report that has been shared by a reliable source of information, it has been revealed that the victim who is also a doctor was allegedly seen last on October 14th of this year leaving his place of work before he allegedly disappeared into thin air.

The family would later be forced to file a missing person's report at the police station for more investigation after he allegedly failed to go back home for a while after which they decided to call upon kenyans to help them in search of the doctor who is yet to be found.

While reacting to this incident, a number of kenyans have urged the family of the victim to look for him in his closest friend's place claiming that maybe he might have gone to one of his friend's place to get away from everything.

However, others went ahead and called upon the director of criminal investigations to conduct an investigation in order to determine what is currently happening due to the increasing cases of abductions and disappearances in the country.

For most Kenyans, they accused the inspector General of police, Hillary Mutyambai along with director of criminal investigations of sleeping on their jobs claiming that this cases can only be put to an end if these security agencies decide to work together in order to end this Kidnappings.

This is happening at the same time when the government has revealed that they are currently recording an increased number of missing kenyans, in the past few months, a number of kenyans have gone missing where some have been found dead, alive as others are yet to be found. 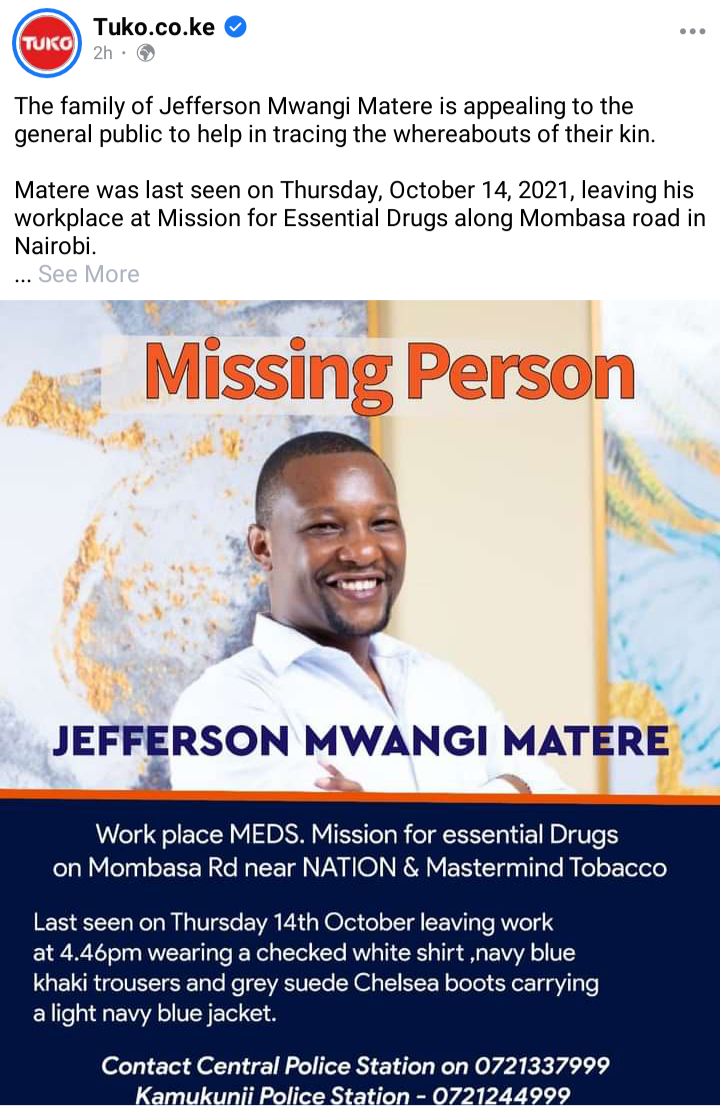 "That Shows how Poor the Club is," Arsenal Fans React as Aaron Ramsdale Wins the Player of the Month