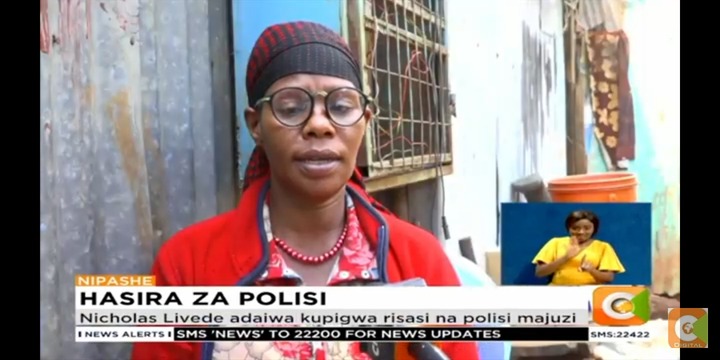 A family in mountain view is still in shock after a police officer brutally shot a young 27 year old man identified as Lifide.

According to eyewitness the young man was brutally shot after a heated altercation with a group of officers.

In a phone video, recorded by the slain man's sister four police officers were caught on video manhandling the young man.

Minutes later a police officer noticed that a video was being recorded and went directly towards the phone snatching it off.

Sources indicate that minutes later gunshots were heard outside the gate, eyewitness say the young man was seen staggering as he fell in one of the drainage trenches.

His mother talking to the media said her son was a Wine's and spirits operator and the officer had come requesting for bribe at his business when things turned tragic.

"We rushed him to the hospital but he was not attended to, nurses said they could not touch him without a police officer in sight, she said. 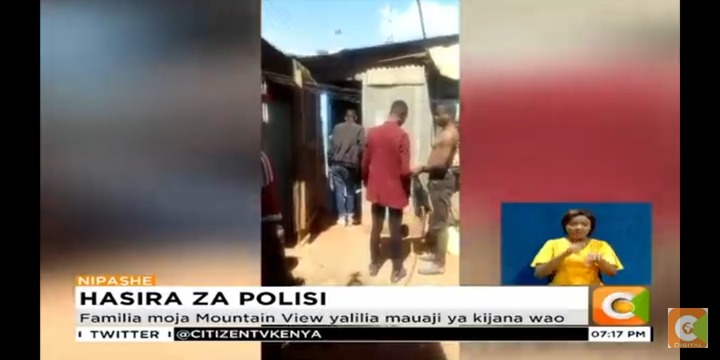 According to the area police boss Francis Wahome a heated altercation occurred between the officer and some drug dealers in the area when one was shot.

The young man passed on after hours after being ferried to Kenyatta National Hospital for futher treatment.

Cases of police killing innocent kenyans have been on the rise, a majority have been interdicted with a huge number convicted for their rogue actions. 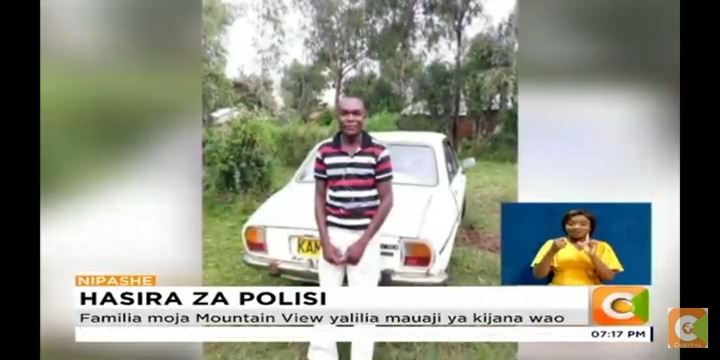 Why Deputy Governors Should Never Assume The County's Leadership

Deadly Gunfight In Kakamega As Police Gun Down Suspected Gangsters

Reasons Why You Should Stop Using Pillows While Sleeping

5 People Killed in a Highway Shootout