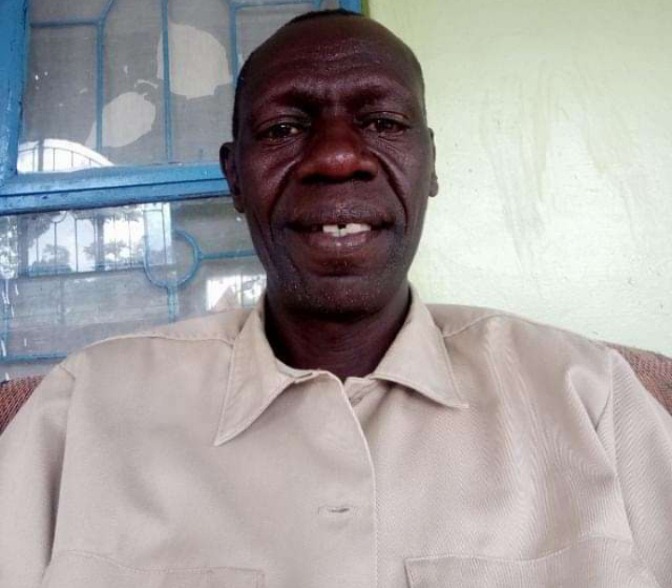 Kenyans joined in celebrating one of the Kenyan commandos who single-handed down three most wanted criminals during his time in the line of duty.

According to the source, Daniel Sengol Serenei is a retired police officer who worked intelligently and with commitment during the reign of the late former president Daniel Toroticb Arap Moi. 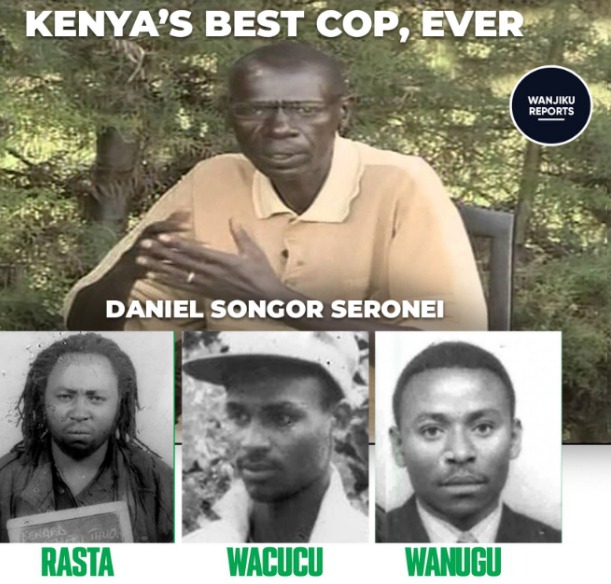 He retired while holding the position of Inspector of the police, he was among the best and tactful police officers that had been trusted to accomplish sensitive tasks regarding security.

Daniel Seronei accomplished one deadly mission that was involving the most dangerous thugs in Nairobi and across the country. The government had tried to stop them but it was in vain until Daniel took over the task. 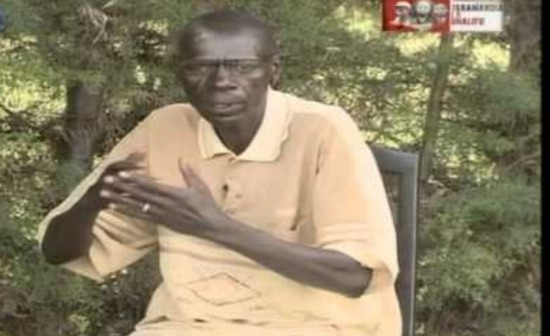 With the help of his team, he managed to gun down the three armed and dangerous men in different spots in a month. He was recognized as a heroic police officer and also uplifted his position to the inspectorate. 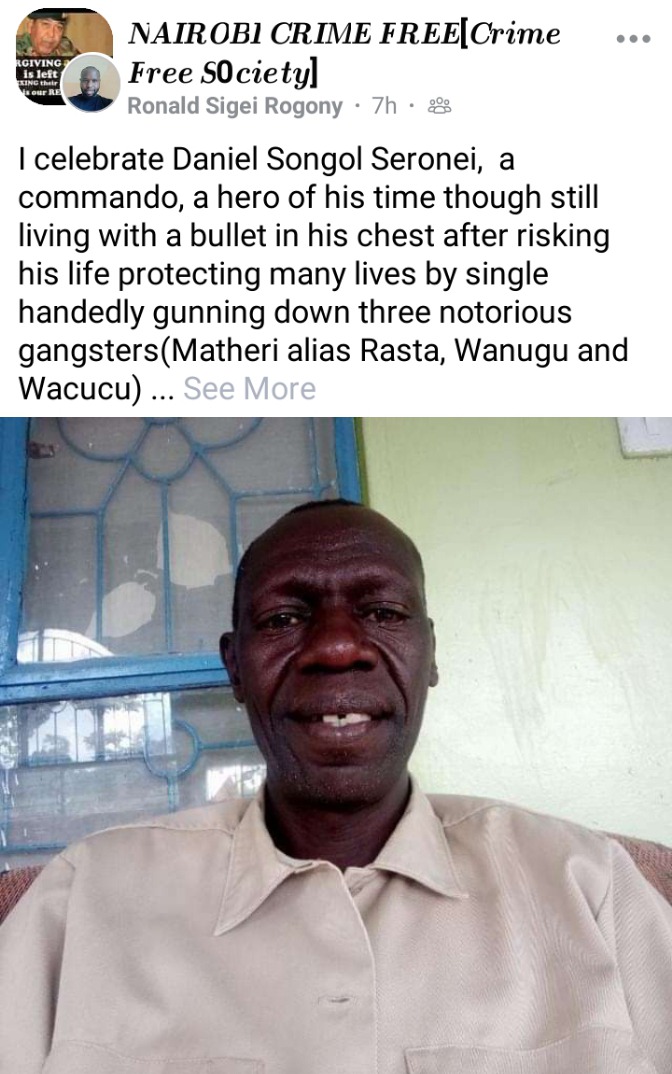 Little did he know that among his colleagues there were a few betrayals who betrayed, attacked him, and shot him 56 bullets to kill him. Luck enough he survived and escaped with bullets in his body. 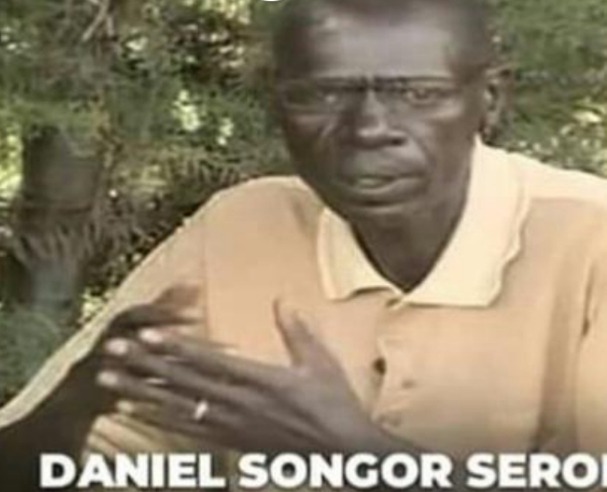 After successful surgeries, it is believed that one bullet is still in his chest and it needs an expert from abroad to remove it, the retired officer was neglected by the government he served, and he languished in poverty in his village. He cannot afford the resource for the minor operation to save his life.

However, Kenyans are celebrating his during this Mashujaa day for he worked as a true officer to protect the lives of many through sacrificing his own. May God grant him more years to live. 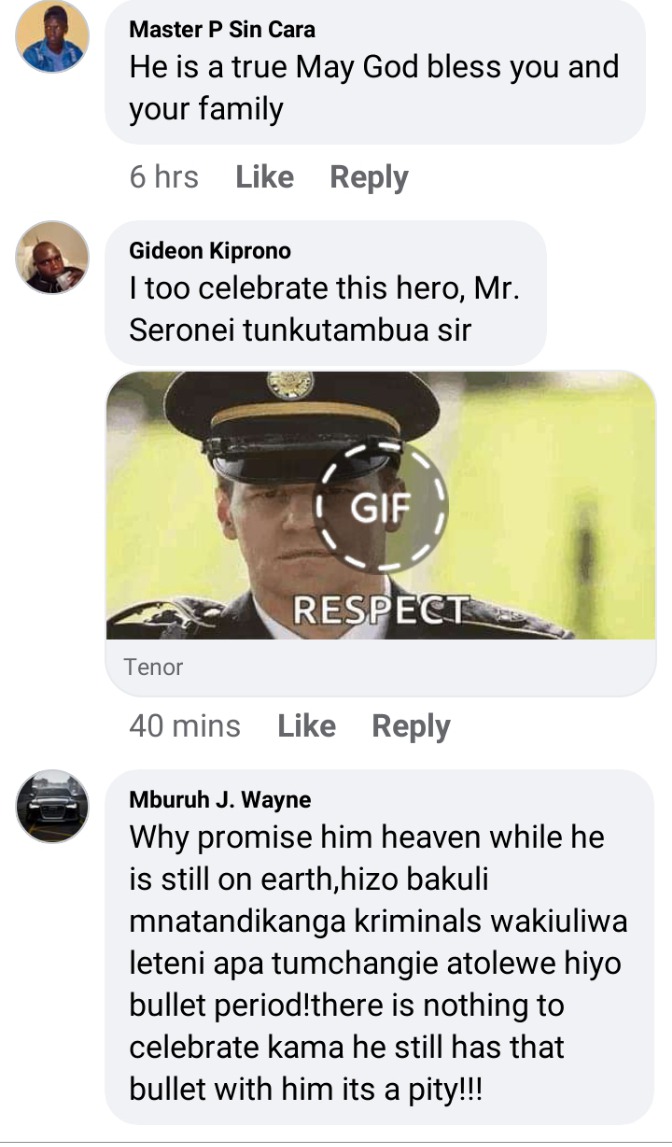 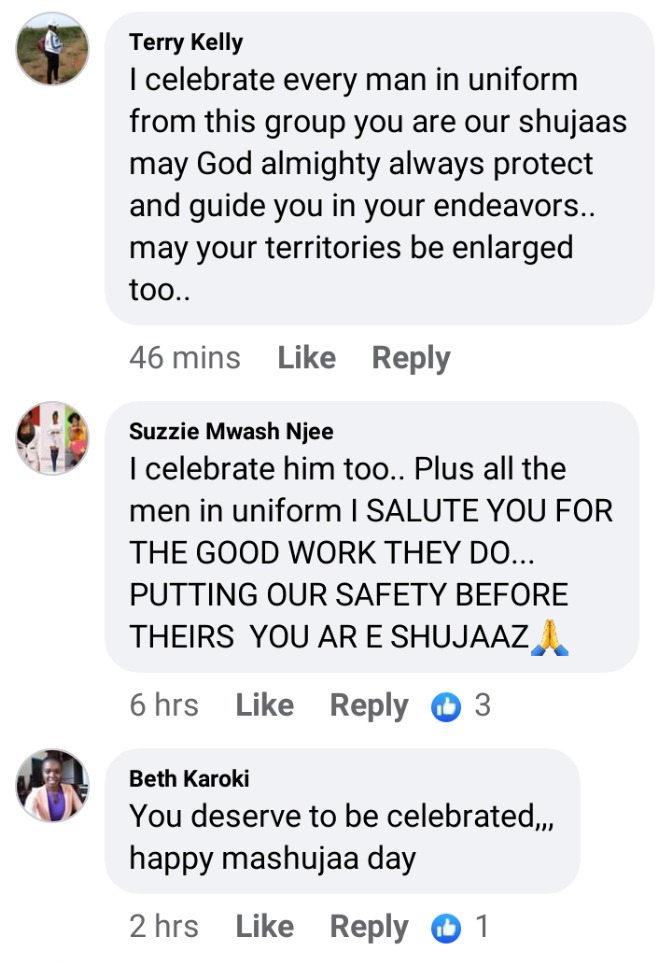