By Democratic (self media writer) | 4 months ago Last week, Corporal Caroline Chemutai Kangogo, who is suspected of killing two men; Constable John Ogweno and businessman Peter Ndwiga was found dead at her parent's home in Elgeiyo Marakwet. The police said that Kangogo is suspected to have committed suicide by shooting herself. 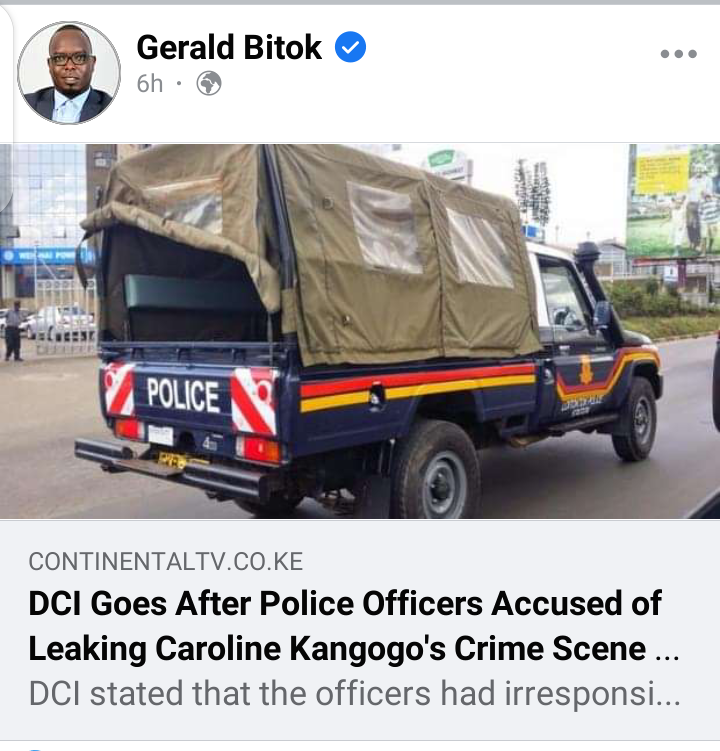 According to the statement, the DCI is looking for police officers who are reported to have obstructed the investigations on the death of Caroline Chemutai Kangogo.

The statement further reads that DCI will go after such police officers, who according to them, damaged the image of the DCI by leaking vital information and evidence as well as leads on how Kangogo died. 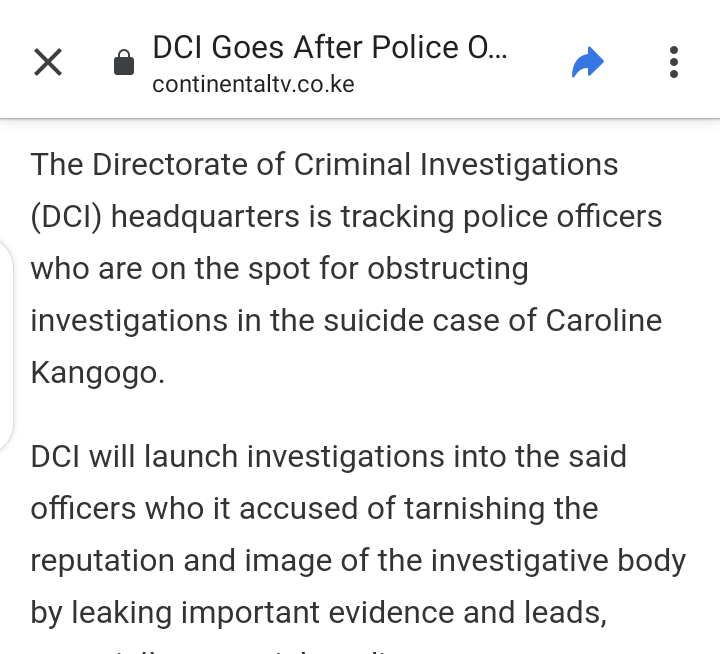 According to DCI, the said police officers and detectives shared pictures of Kangogo's lifeless body, something which caused online reactions as to what killed Kangogo.

DCI added that they received information that some police officers were sharing evidence of Kangogo's death on Facebook, WhatsApp and Twitter. The DCI also pleaded with them to stop. 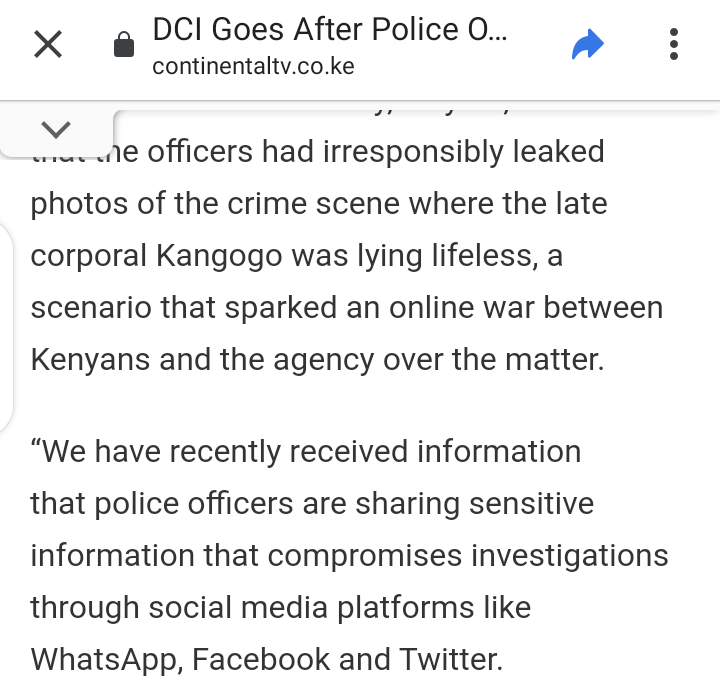