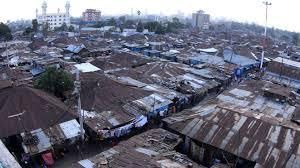 During his state of the nation speech, the president made the startling discovery that slum dwellers in the capital pay more for social services than other city citizens in the capital."The poverty of dignity is more pronounced in the water scarce economy of the informal settlements and in vulnerable populations," President Kenyatta said in his speech. For example, in Nairobi's informal settlements, the average daily water consumption per household is 40 liters."

"If the price of 40 liters is 40 shillings, a household will have to spend an average of 1200 shillings per month only buying water," the President stated.Noting that the sum represents 20% of a typical family's income in most informal settlements, and that the cost of water in the informal sector is larger than the cost of rent.

"When one considers that the price of water in the rest of Nairobi is Kenya shillings 46 per 1000 liters, the poverty of dignity is effectively demonstrated." To put it another way, residents of our informal neighborhood have been paying 25 times more for water than the rest of Nairobi residents."

In the same speech, the president mentioned how inhabitants in the informal sector pay more for healthcare, pointing out that certain places lack a functioning health facility, requiring residents to seek medical assistance from private facilities, which is costly."During one of my inspection tours in Mukuru kwa Ruben during the Covid period, I was saddened to hear that a private health center with only 8 beds was serving 500,000 people."

"A woman giving birth at this facility cannot be admitted for more than two hours," the president said, adding that "she had to get out in one or two hours after giving birth in order to allow room for other patients."

Women who have been compelled to utilize such facilities may only be able to stay longer if they develop complications or if their families collect enough money to transport them to other facilities. This is despite the government's desire for universal free maternity care. 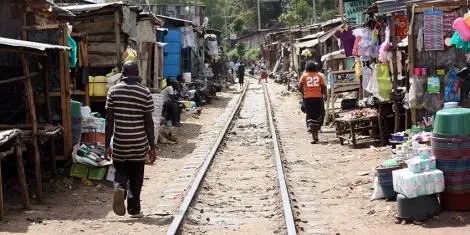 ODM MP Overwhelmed With Joy After Finally Fulfilling His Promise

Become millionaire within one year by investing in the following businesses.

5 Crazy Things You Will Find In Dubai