By NdegePolycarp. (self meida writer) | 13 days

A man in Mukurwe-ini, Nyeri, by the name Samuel Ngunjiri who died on October 2nd 2018 is yet to be buried 3 years after his death over a land dispute. His body still lies in Mukurwe-ini Sub-County Hospital since October 2018 as multiple land cases has left Ann Wamuyu and her 4 children frustrated.

The widow faces eviction from the 3-acre land with all the five cases the family has presented in court not yielding any positive result. 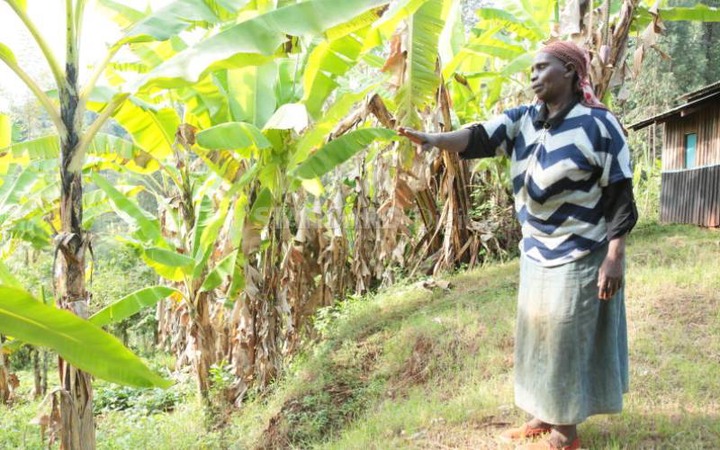 According to the widow, the dispute started when his husband agreed to sell a 50m by 100m piece to one Peter Nyuguto whom later disagreed with Late Ngunjiri on the cost of the property leading to a case in court where Nyuguto wanted a refund of Kshs 224, 500 plus interest.

On June 2012, Nyeri Principal Magistrate Phillip Mutua ordered the Deceased to pay Nyuguto a sum of Kshs 302,110 which he couldn't afford thus the land was sold on a Public Auction by Hippo Auctioneers General Merchant to the current owner John Waweru for Kshs1. 4 million. The sale was confirmed by then Senior Resident Magistrate Catherine Wekesa under parcel No muhito/Gaturia/294.

Ngunjiri appealed at the High Court after he was dissatisfied with the situation but was dealt a blow as the appeal was declined and was subsequently ordered to pay the cost of the appeal. On another appeal in May 26 2016, the appeal was dismissed again the court sighting that there was no basis of interfering with verdict of the High Court since the petition was bereft of merit.

In 2018, the New owner Waweru moved to Court seeking eviction of Widow Ann Wamuyu from the land and also to stop Samuel Ngunjiri from being buried in the land saying he would suffer damages if the family was not restrained from the land. On Jan 22 2019, a court sitting in Mukurwe-ini issued a permanent injunction restraining the family from burying the body in the land.

"She Had Posted Another Man's Photo, Refused To Remove It When Asked To And Was Killed" DCI Reveal