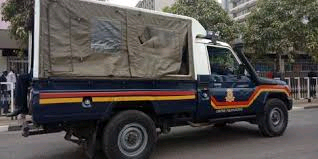 Police vehicle carrying the body of the robbery suspect who had tried to gain entry into a shop before he was cornered and beaten to a pulp to death by the angry members of the public./COURTESY

A suspect was lynched on Monday afternoon by enraged mob following a botched robbery at one of the Kiosks in Opuk Limbo, Bondo sub-county, Siaya County.

Bondo Sub-County Police Commander Patrick Amollo who confirmed the incident said the suspect had tried to gain access into a kiosk without the owner's knowledge when he was cornered by the members of the public and beaten to a pulp. 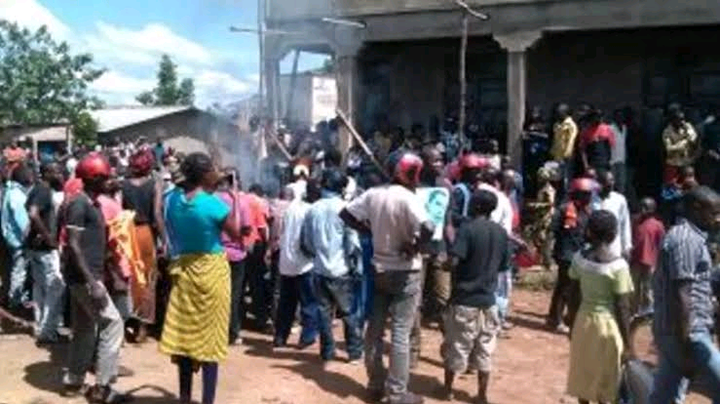 "We were notified by the residents that a robber entered a kiosk without the owner's consent when he was cornered and beaten mercilessly," Patrick said.

The suspect later succumbed to the injuries inflicted on him by the enraged mob while being rushed to hospital for emergency treatment.

Police said the suspect was assaulted with stones, logs of wood, slaps, random punches and kicks and pangas. 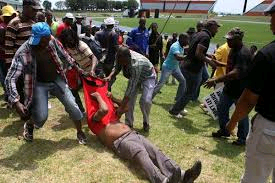 Patrick warned the residents against taking the law into their own hands adding that such suspects should be arrested and taken to the nearest police station. 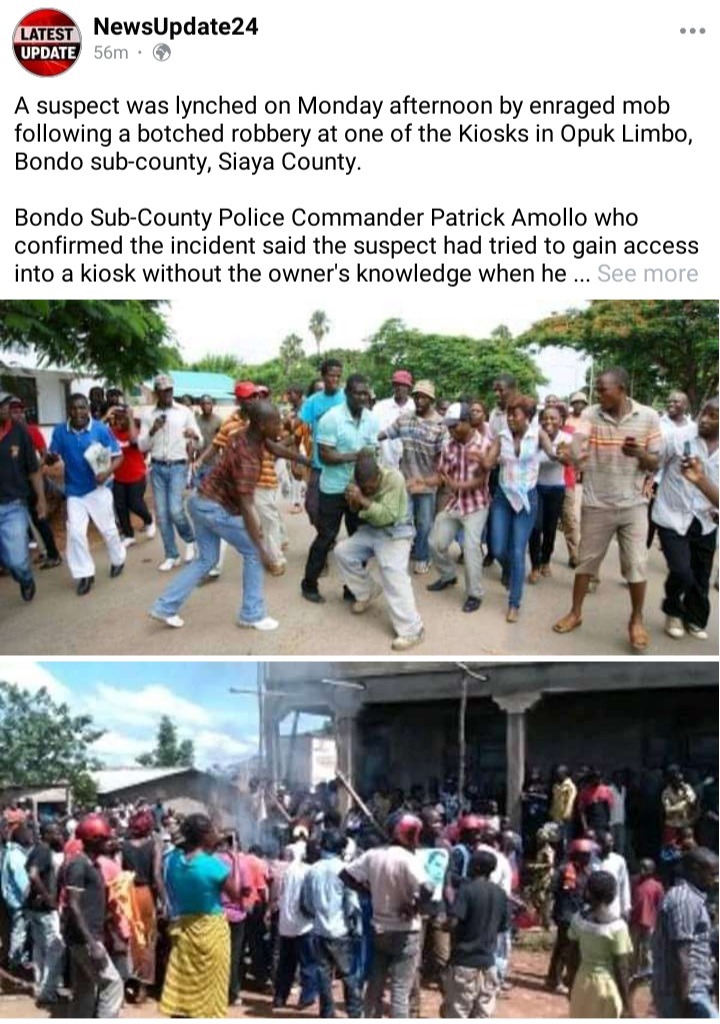 Confirmed; Here is What Will be Missing During Caroline Kangogo's Burial on Thursday

What Was Spotted on This Police Car That Got People Talking

Ako Hali Mbaya: Ringtone Apoko Finally Speaks About His Health After Being Beaten By Blogger Alai

Wayne Rooney publicly did this to his wife and Derby club.