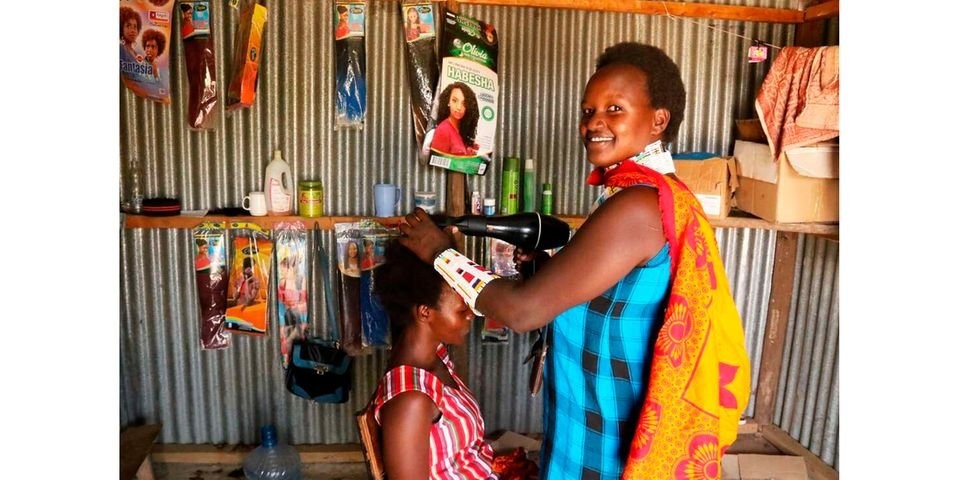 Jennifer Mandala does a client's hair

fifty-seven-year-old Loice Olobiis wishes for a different kind of life.

In a report by a local daily on Thursday, September 23, Olobiis, a resident of Oldonyonyokie village in Magadi Ward, Kajiado County, was married off at a young age - soon after undergoing female genital mutilation.

The young lady officially became a wife and went on to deliver six children as her work then remained herding and taking care of the children. Unluckily for her, all the cattle have died now due to drought.

“We sleep hungry most of the time unless there is some food donation. My children are not in school because we cannot afford to educate them,” she stated.

Wanted to be a doctor

“I could have been a doctor had I gone to school and none of my children could miss school,” Olobiis continued.

Ms Olobiis hails from the Maasai, a pastoralist community in Kenya's semi-arid south. FGM prevalence is 78 percent in this area, approximately four times the national rate of 21 percent. 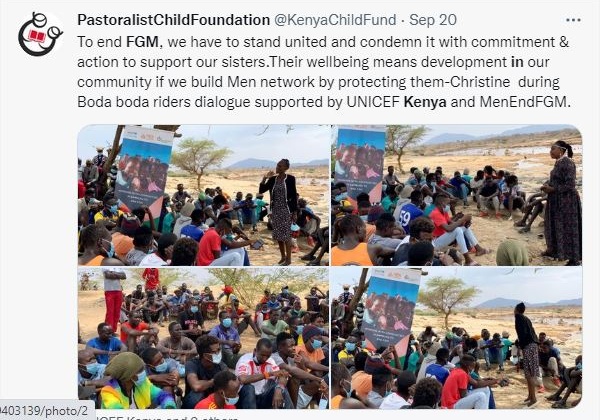 FGM is a deeply ingrained cultural practice, and men's active participation in advocating against the vice, as guardians of the customs, contributes greatly to protecting the girls from the cut and keeping them in school.

Meanwhile, Jennifer Mandala, 34, is having a similar experience.

She tries to communicate in the limited Swahili she has picked up from her daily social contacts. She is unable to write or read a single English word.

15 years when she was cut

When a local daily met her, she was drying her 10-year-old girl’s hair inside a hot iron sheet salon in the village, instructing her in the local dialect, Maasai, how to place her head.

She was 15 years old at the time of her amputation, and she was later married off. Her parents had not registered her in any educational institution. She spent her childhood instead of herding her family's livestock.

“During our time, FGM was so common and it was unimaginable for any girl to refuse the cut,” the mother of four- three girls and one boy - said through a translator.

Herding errands required her to carry her breastfeeding babies, a process she described as physically and emotionally exhausting.

If I had gone to school, my life would have been different, says Ms Mandala, who is frustrated that she cannot obtain information that will help her improve her life on her own. 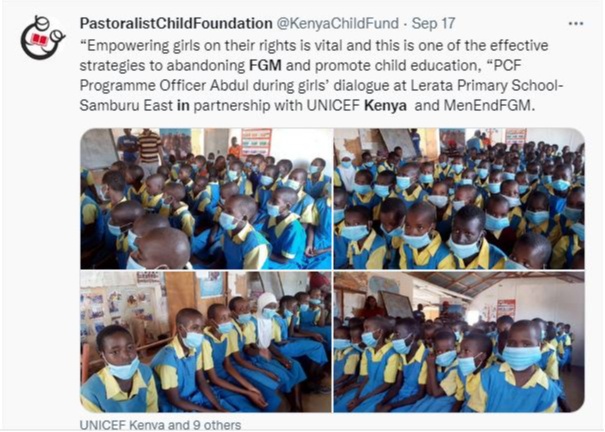 “I see girls who have gone to school doing big things. I wish that was me,” she expalined.

She claims that if she had gone to school, she would have become an English teacher.

Her husband agreed to let her look for work after learning about the importance of women's economic empowerment in reducing household poverty.

She began working at the salon eight months ago, although she is only capable of blow-drying, a skill she learned as an apprentice from her 22-year-old boss, Josephine Sumaili.

“I want to do many other things that a salon offers, but I don’t even know how to read, so I only depend on others to learn,” Ms Mandala stated as she is enthusiastic about becoming financially independent to support her husband and raise their children.

Three of her children are enrolled in school, and the youngest is one year old. She claims that none of her girls will be subjected to FGM and that she and her husband would do all possible to educate them.

Ms Sumaili, unlike Ms Mandala, was not subjected to FGM. She claims that during village sensitization initiatives, her father was made aware of the dangers of FGM. As a result, he sent her to school, where she earned a cosmetology diploma.

With her skills, she started the salon in January of this year, allowing Ms Mandala to make money and break free from her husband's control.

Although the business has not caught up in this village, Ms Sumaili is optimistic that it will ultimately grow to employ more girls in her neighbourhood. 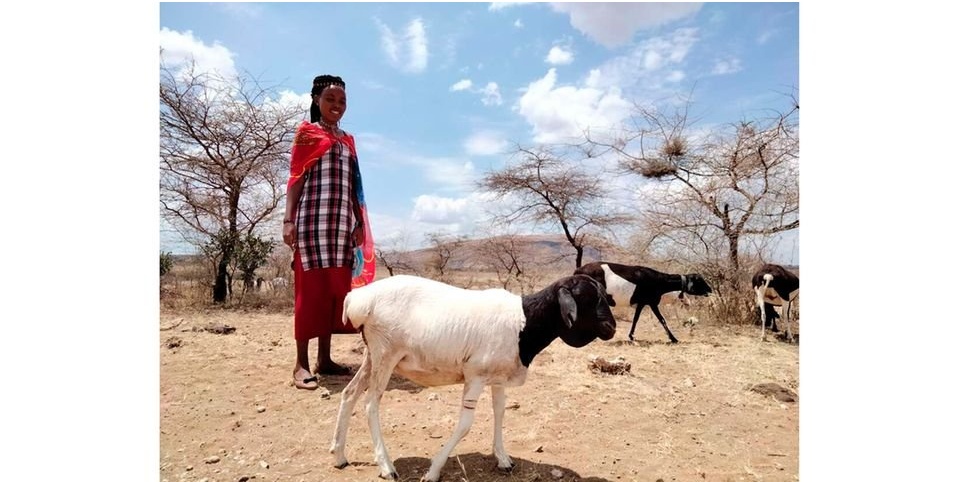 For the time being, only the two of them manage the salon, tending to the three or four clients that come in on a daily basis.

“I look at my age mates who were married off at an early age after undergoing FGM, and feel sad for them,” she stated.

“They look old. Many of them have four children and they do the hard work of herding cattle,” she added.

Kenya is making progress in the fight against female genital mutilation. Ms Olobiis and Ms Mandala's stories will be replaced by Ms Sumaili's in the next generation.

President Uhuru Kenyatta has committed to put an end to the detrimental cultural practice by 2022, mobilizing his administration to take action.

Local anti-FGM activists are stepping up their efforts to alter society by ending the practice of female genital mutilation and keeping girls in school.

Mr Patel Kimnyak is one of the 24 morans in Kajiado County who are fighting female genital mutilation.

Meguarra Morans (which consists of nine morans and 15 girls and young women) uses chants, dramas, folk and traditional songs to educate their community about the dangers of child marriage and FGM. They also encourage parents to enroll their daughters in school at the age of four, which is Kenya's legal starting age.

“I am happy our advocacy through art is impactful. Now, morans are leading the fight against FGM and promoting girl-child education,”

“They are saying, ‘Don’t cut the girls. Let them go to school’. We will marry them when they have finished their studies,” Kimnyak said.

They take part in public meetings at every opportunity, including sensitization forums and sessions organized by chiefs.

They performed at the Moran Festival in Oldonyonyokie last July, which drew over 300 people. The first was held at Magadi, in the same county, in 2017.

He claims that the men in attendance were moved to tears by the performances on FGM.

“We cannot develop as a community and as a nation if the girls fail to go to school and complete their university or college education,” he argues.