By Jobwanjala (self media writer) | 22 days ago 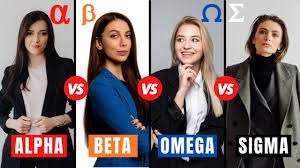 If you’ve come across this post, the chances are that you’re conflicted about your standing as a powerful female and want to figure some things out. If you want to put your concerns regarding power to rest, you’ve come to the right place.

Who is a Beta Female?

When you hear the word beta, you feel like you aren’t special enough or that you might not stand out. There has been a rising obsession with becoming the alpha; women go head-to-head to prove they’re the alpha female. But truth be told, not every woman can become an alpha, and that’s okay. If every woman in the world was an alpha, the world would have crashed and burned already, and with everything that’s going around, I don’t think anyone wants that. 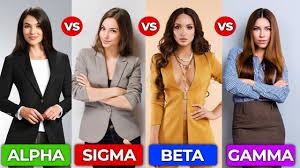 Beta females are known to be compassionate, caring, and capable. Beta females are sweet and supportive, holding up the other women around them and helping them grow. In a world obsessed with alphas, you need to be a beta. Just as everyone is not born a leader, not everyone is an alpha; however, leaders wouldn’t be able to rule if there weren’t any betas beside them. After all, what would Batman do without Robin?

Why Beta Females Are So Needed Right Now

While there is nothing wrong with being an alpha female, they are often known to stick to the facts and can be a little harsh sometimes. Beta women, on the other hand, are known to be compassionate and friendly. They are confident. 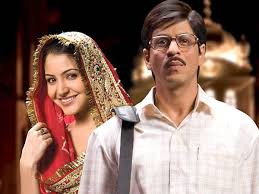 While there are many stereotypes about beta females being fidgety and uncertain, they couldn't be farther from the truth. Beta females are not only confident they are smart and talk when their points will have the largest impact. They stay quiet willingly until they know they can make a difference and get through to others.

Unlike alpha females that might be preoccupied with their own success, beta females know how to strike a balance between work and life. They will try and help anyone who needs help, and this results in them being more likable in professional situations.

3. They keep the group together

Beta females are often the ones keeping the group together; they aren't afraid of calling out alpha females when they mess up and are humble enough to help other females grow. They are the unofficial life coach you need. 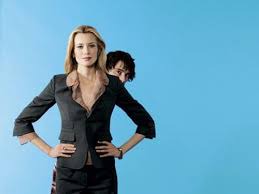 Unlike alphas, beta females will take out time to listen to your problem and give you great advice. They will point out your shortcomings (if need be) and push you to take risks when necessary. Beta females have incredible people skills and, therefore, often have a group of people wanting to be their friends.

4. They are emotionally mature

Beta females are emotionally mature, and that makes them wonderful people to hang out with. Unlike alphas, they aren't petty at times; they're the right combination of being empathetic and not letting it interfere with their work. They are smart

Unlike alphas who care about themselves, beta females know how to strike a balance. They will be assertive enough to not let you walk over them but also humble enough to know when they're wrong.

5. They are the best shopping partners

If you want to go shopping and are looking for a partner, any beta female will do great. This means that they will listen to your specifications and shop according to your needs rather than forcing you into buying something that blows your set budget.

6.They have higher tolerance levels

They also have higher tolerance levels, which means that they aren't as intimidating as alphas; I can't tell you how many times I've seen beta females calm alpha females down from a fight. Beta women are capable of understanding both sides of the story and assisting others in making the right decision.

7. They have a positive outlook

Beta females have a positive outlook on life. They aren't as competitive as alpha women and that gives them great sportsman spirit and also makes them more fun to hang out with.

8. They are loyal friends and partners

Beta women are more loyal friends and partners. Unlike alpha women who think about themselves, beta women are accommodating and compromising. They are open to advice

Once beta females figure out that they have a problem, they are open to advice. Alphas tend to always do things their way and not cater to other's opinions on the matter, which at times causes problems.

9. They are financially responsible

Beta females are financially responsible; Alphas, on the other hand, have a greater chance of going bankrupt down the line as they spend without caution and often don't take advice. 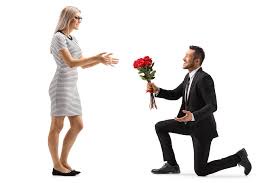 10. They know when to take risks

Beta women also know when to take risks which is why they make sound decisions. Alpha females often jump headfirst into any situation that can lead to various problems. Beta females are masters of strategy and execution and, therefore, successfully minimize risks.

11. They speak when spoken too

While many may think that beta females are shy, it is nothing more than a stereotype. They only speak when spoken to, or they wait their turn. They are easy to speak too, and won't try to bore others with never-ending stories.

Unlike alphas who strive for drama, beta females are comfortable in their element and are straight up with everyone. As unique individuals, we come from a myriad of experiences and shouldn't be defined based on a stereotype. While you might be predominantly an alpha woman, you will still have traits from a beta stereotype. Be aware of whether you feel comfortable with these traits or not, if you are forcing yourself to be someone you are not, you will feel uncomfortable, and "alarm bells" will ring off in your head. Take some time to feel your emotions and by evaluating yourself internally, you will know what type of traits serve you best. Perhaps a 20% alpha and 70% beta and 10% of "other type of stereotypes".

Remember an alpha or beta stereotypes are created as a reference and not a mould to fit into.

Beta females or beta traits, are essential to the world order and aren't less than anyone. Make peace with the fact that you are special, and no one can take your place; let go of the prevalent stereotypes. Know that there are no hard and fast rules when it comes to power dynamics; you might be an alpha at school and a beta at home. don't let anyone tell you otherwise