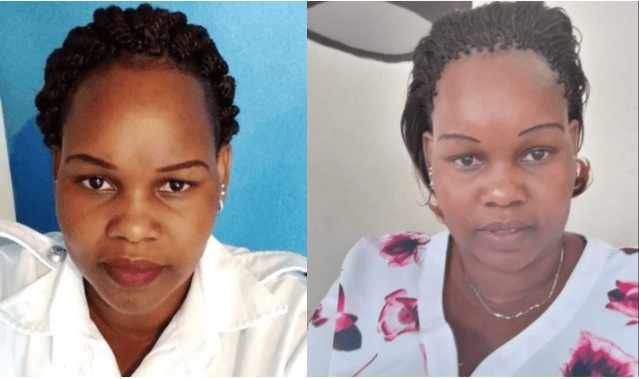 The late fugitive police officer Caroline Kangogo went through a lot of trouble of hiding away from law enforcers for the 10 days she was wanted and declared armed and very dangerous.

The killer police officer was wanted for two murders of John Ongweno and Peter Ndwiga under still unclear circumstances which Kenyans were hoping to know before her death. 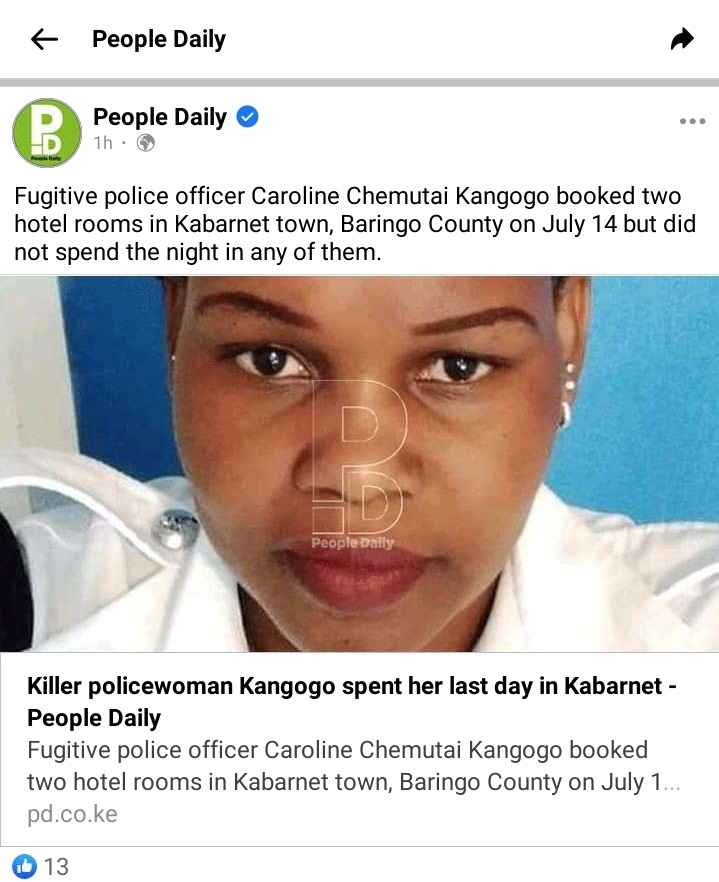 A night before her alleged suicide at her parents home in Iten, Caroline Kangogo was very close to be arrested but she managed to run away.

According to People's Daily news reports, a waiter at one hotel in Kabarnet Town, Baringo County revealed that they recognised her when she went to book a room.

She was wearing her usual yellow hoodie as she booked two rooms which left the staff baffled by her trick. 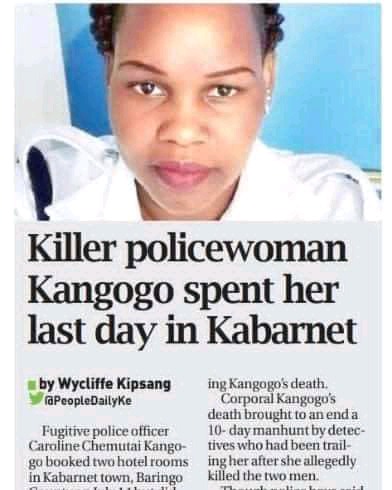 However, she never spent a night in any of the rooms as she borrowed a phone, made a quick call and disappeared as police officers were closing in on her.

"She was in the yellow hood and we recognised her well. When she wanted to clear her bill, she borrowed a phone from me but I was hesitant." One of the waiters told the reporters.

She was then found dead some fews hours later, with police reports stating that she had shot herself dead using a mini ceaska pistol she had always carried with her.

An autopsy is set to be conducted later in the week before she is laid to rest at her parents farm in Elgeyo Marakwet County.