By Trendingnownews (self media writer) | 5 months ago

Elizabeth Wawira, a middle-aged woman based in Embu confessed on Thursday that she killed her husband on 18th July 2021. It is said that she stabbed her husband Ngati Mbaka to death while at their house in Ngioro village in Mbeere South after spending the better part of the day drinking.

The accused husband was pronounced dead days after being ferried to Embu Level 5 Hospital. Earlier the woman had denied killing her husband, but later on Thursday, she changed her mind. Speaking before judge Lucy Njuguna, the accused said that she killed her partner but never intended to do so, she said that she accidentally stabbed him in the lower abdomen after an argument between the two ensued.

Elizabeth said that on a fateful day, her husband came home at night while drunk, it was around 9:40 pm when he handed over a few tomatoes and meat he had carried with him. According to Elizabeth, it is when she was preparing the meat that an argument between the two started, which led her to stab him with the kitchen knife.

The deceased brother immediately rushed to his rescue then took him to Embu Level 5 Hospital but unfortunately, he passes in while receiving treatment, according to the autopsy conducted, the deceased died because of injuries in the abdomen. She however asked the prosecution team to be linen in their judgment since she remained as a sole winner to their 2 children aged 17 and 10 years. 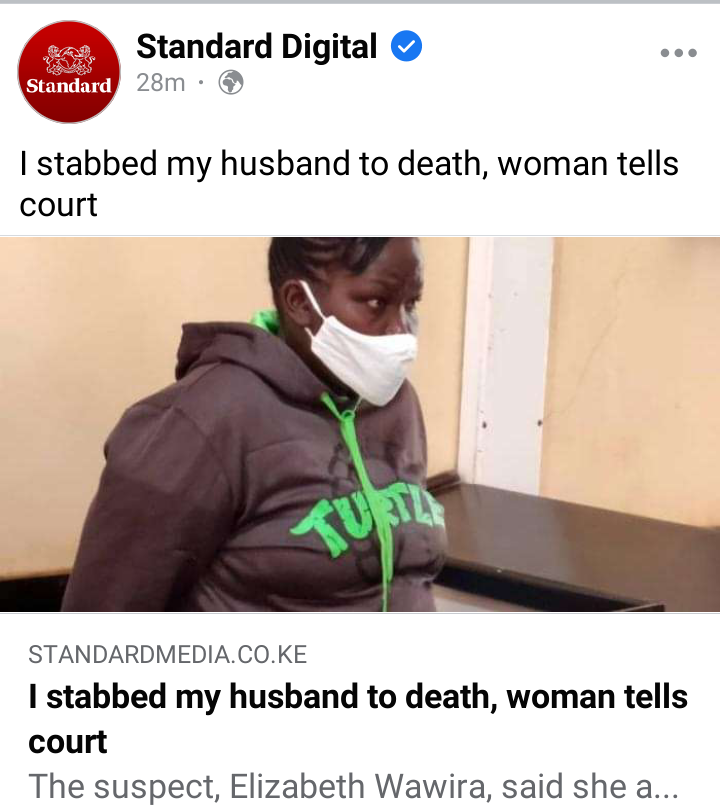 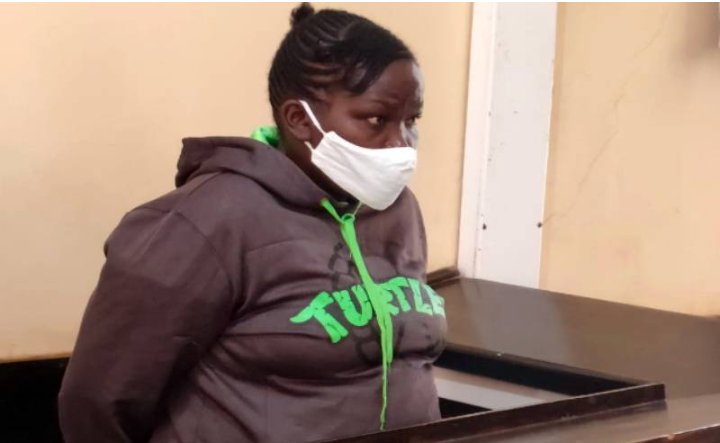