RIP ; Grief As 3 People Who Died After a Boat Capsized Off Watamu Beach Laid To Rest

By TheReporterr (self media writer) | 17 days ago

Police Officers in Kilifi are investigating an incident where a boat with several people allegedly capsized after being hit by a strong wave, Killing 3 people.

In a news report that has been shared by a reliable source of information, it has been revealed that the victims were on a dolphin watch Expedition before the accident occurred killing 3 people on the spot.

One of the residents who spoke to the media has revealed that several people have already been rescued by the police along with the rescue teams that arrived at the crime scene.

The man whose name is yet to be revealed has revealed that the 3 victims who died, two women and a 5 year old child died in the accident.

So far we have rescued several people from the accident. The deceased, two women and a 5 year old child died in the accident. We found the bodies of the deceased stuck under the boat that capsized ~He said.

Police officers who spoke to the media have revealed that several people are being searched, cause of accident yet to be revealed. The deceased who died in the tragedy yesterday have been buried. 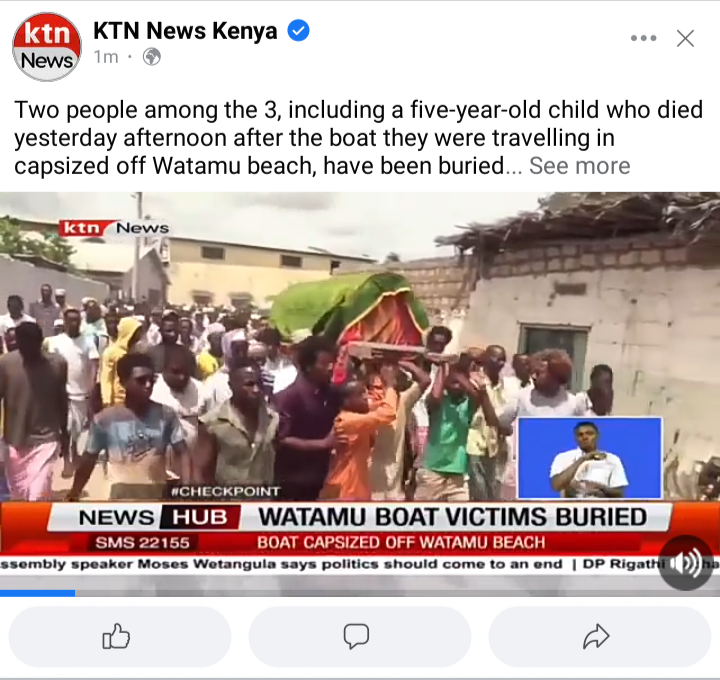