Residents of Thika have been served to a free drama after a police officer allegedly forced himself on colleagues wife pretending to help her. 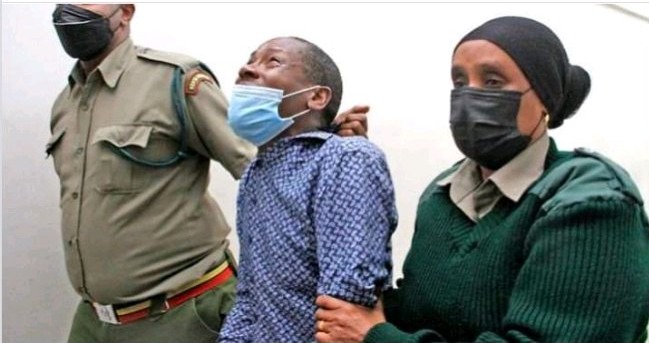 The Police reports say that the suspect identified as Amos Momanyi, allegedly raped the mother of one after he hosted her for a night in his house recently after failed attempts to trace her husband who works in the same prison.

The woman had reportedly visited the prison at around 10 pm to search for her husband but her attempts failed falling victim to the suspect who hails from his tribe.

“The accused officer volunteered to house the complainant since they come from the same region after failed attempts to trace her purported husband at the prison quarters. He went back to sleep at the guard room, leaving her in his house. During the night, the accused returned to the house wild and raped her,” read the statement.

The woman in a statement said that she had gone to look for the husband after he had failed to provide for their child she got while in school.

“He left the house for me but deep in the night, he came back. He threatened to shoot me if I raised alarm. The next day, I went to the prison authorities to continue searching for my husband, but I still couldn’t trace him,” she while tears fell from her eyes.

She was then taken to the Thika Police Station to help her continue tracing her husband after filing the rape complaints against the officer.

The suspect is being held at the Thika Police Station awaiting to be arraigned in court. 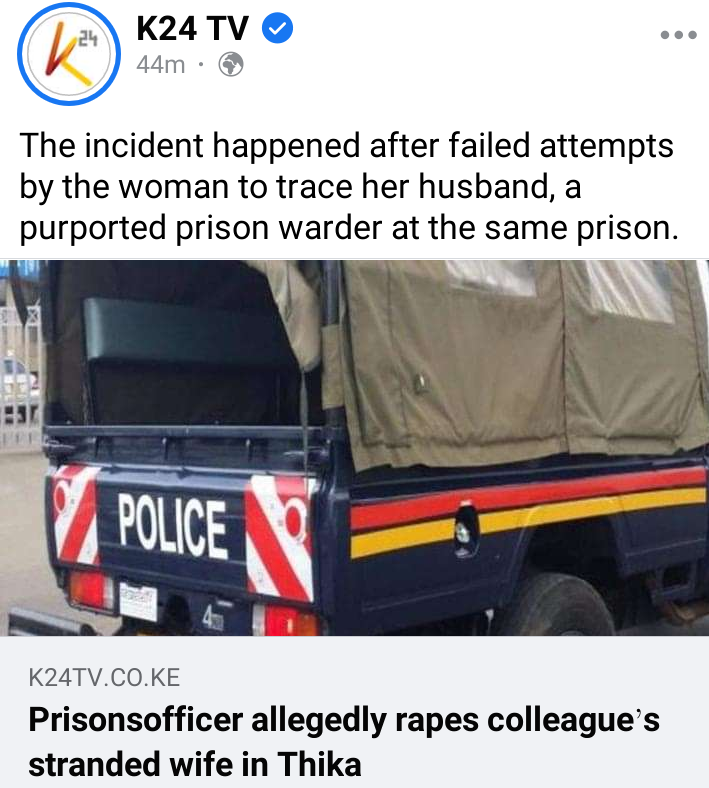