There was a little bit of drama Nyamira Police station after a police is reported to have gone rogue opening fire on his colleagues after a misunderstanding which is said to have been brought after they allegedly argued over a woman. 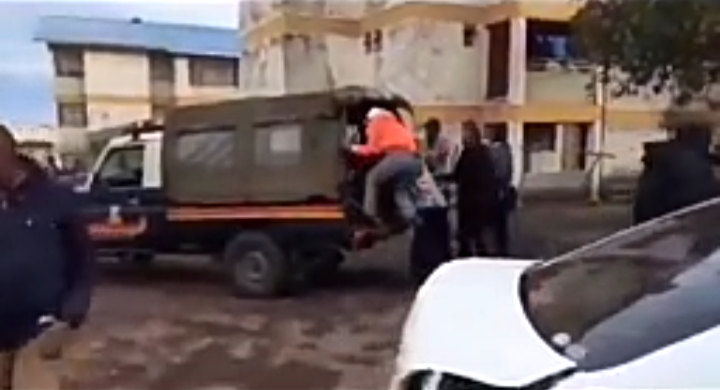 In a video that has since gone viral all over the internet and is still making rounds on different social media accounts, the three deceased officers were seen being carried out in body bags as other police officers tried as hard as they could to disperse the already building up crowd that had gathered around in order to witness the ordeal.

Further reports indicate have revealed that the officers allegedly had an argument over a woman in what later turned tragic after the deceased and suspect pulled out his gun shooting his unsuspecting colleagues before killing himself. This was followed by a dramatic scene after other officers who were out came in and neutralized any possible danger after which they collected the bodies which were taken to the mortuary.

This incident has since sparked alot of mixed reactions from Kenyans who seemed to have been confused on why there was an increasing number suicidal police officers. With a section of Kenyans claiming that the woman should be arrested, others went ahead and called upon the government to consider introducing monthly mental health sessions to educate Kenyans on how to handle certain issues. 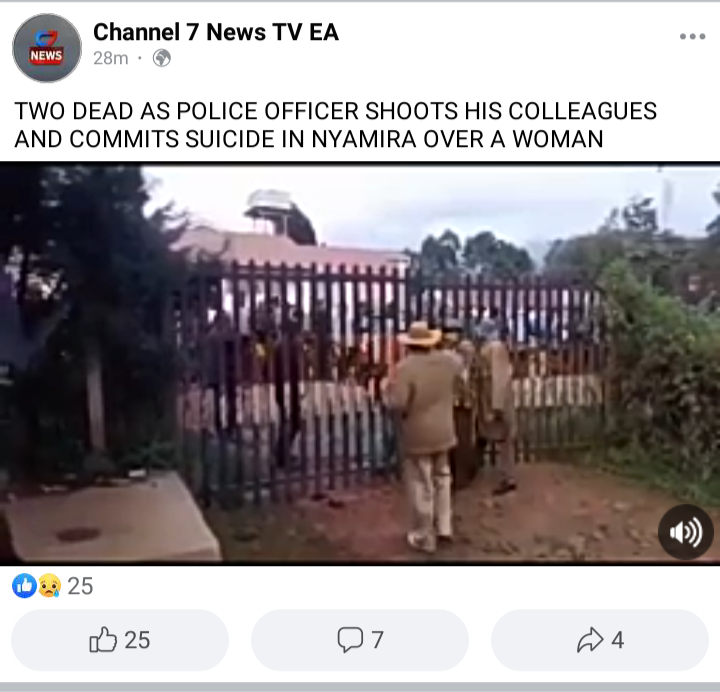