By TheFourthEstate (self media writer) | 26 days ago

Citizen TV on Sunday night aired a report about a Nakuru-based Doctor who according to the report poisoned his two children before attempting to take his own life. 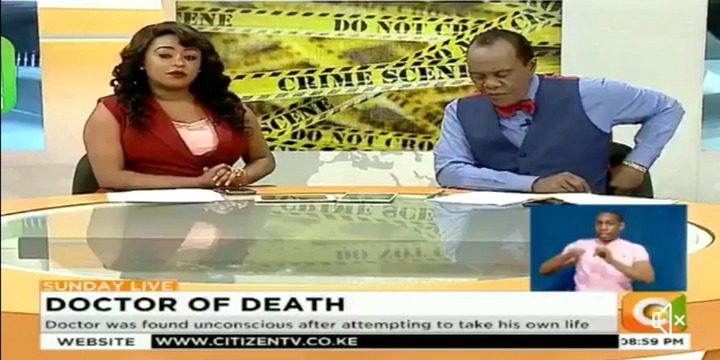 According to the report that featured on Citizen TV's 9PM News bulletin, Dr. James Gakara poisoned his teo children to death before he unsuccessfully attempted suicide.

The report has taken a new twist that has angered vocal city lawyer Wahome Thuku, who has taken to the internet to shame Citizen TV, and questioning what has changed about the report.

In today's report, Citizen has reported that Dr. James Gakara allegedly killed his children and have called it a tragedy, contrary to the previous report that labelled him 'Father From Hell'.

"So today Citizen TV says Dr James Gakara ALLEGEDLY killed his children. They are calling it a "tragedy". Yesterday, the same TV station. Screamed, " FATHER FROM HELL"!!What has changed?Shame on You," Lawyer Wahome Thuku said.

Below are some of the reactions of the netizens to Lawyer Wahme Thuku's remarks on the report;

Waiguru Alleges What Uhuru Told Raila Before Dumping Him.

Biography Of The Late Evans Monari, President Uhuru Kenyatta's Lawyer Who's Funeral Procession Is On