On his official account, Larry Madowo has shared a chilling story of a 21 year old mother who was sexually assaulted, killed and thrown into a septic tank. Initially reported by Times UK, the heinous act was done by a British soldier training in Nanyuki.

It is reported that a group of British soldiers were drinking at one of popular clubs in Nanyuki called Lions Club Hotel. While on a drinking spree they were summoned after a body was found lying lifeless in a septic tank. One of the soldiers confessed to have killer her and dumped her in the tank. She was identified as Agnes Wanjiru a mother of one. It was nine years ago.

Even after the soldier pleaded guilty, the case was covered up. He was never charged as he was protected by his seniors. Justice can be delayed but can never be denied. The case has come into trial and the soldier will be sentenced. Finally Agnes Wanjiru will get justice. She would have celebrated her 30th birthday today. Rest in peace Agnes. 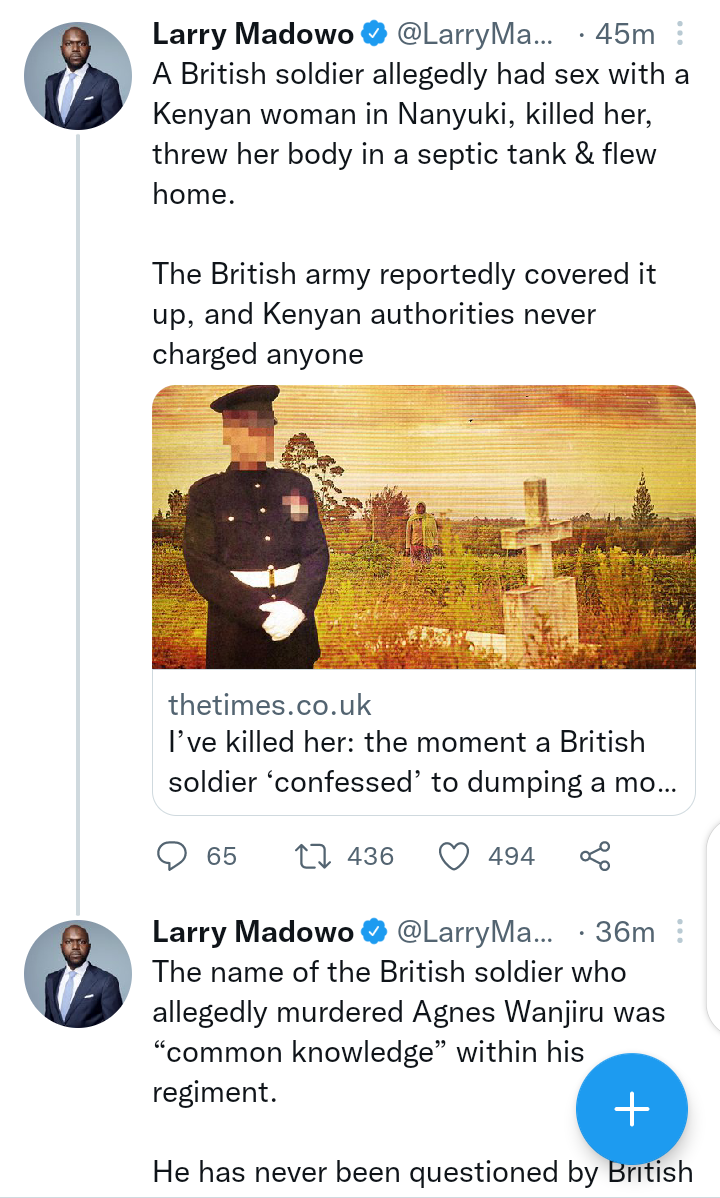 Charity Ngilu Distances Herself From The Enziu Bridge Tragedy, Revealed What The Government Will Do

Uhuru To Leave Kenya For Tanzania for a Special Event