A Police Officer Shoots His Girlfriend at The Hospital And Killed Himself in Njoro Sub County, Nakuru

By Wabende (self media writer) | 5 months ago 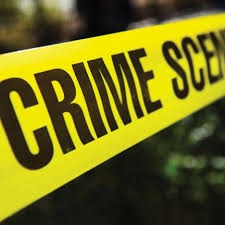 A police officer in Njoro sub county,Nakuru county has killed his girl friend and later took his own life by shooting himself using his AK 47 riffle.

A police report seen by this opera news writer stated that Sub County Hospital Njoro administrator Mr.Timothy Njoroge Maina reported one patient namely Mary Nyambura a Kikuyu female adult aged 29yrs visited the hospital with a fracture on her right leg complaining that he had been assaulted by his boyfriend.

The police report further stated,while being treated an officer while armed entered the hospital and shot the patient severally.Police officers visited the scene.

At the scene the deceased body was found having been shot severally on the right arm, right wrist and on her right back.

The officer No. 254346 Police Constable Sivo, a Kamba male adult aged 28yrs who had just taken over third shift cell sentry duties at the station excused himself to make a call outside the report office with his AK 47 rifle with 30 rounds of 7.62mm special and pursued the girlfriend to the hospital, shot her and she died on the spot.

The officer then went back to the station while wild and was firing aimlessly within the station endangering the lives of other fellow officers.

The officers were mobilized to disarm him but unfortunately shot himself on the chin and the bullet exited on the upper forehead and died instantly.

The Subcounty Commander, Directorate of Criminal Investigation, Officer Commanding Station Njoro and a team of officers from scene of crime Nakuru visited the scene of the incident.

Cases of police officers killing when love gone sour are on the increase and this has been attributed to stress at workplace and family.

54-Year-Old Dennis Avner Who Spent Over £200,000 Just to Make Himself Look Like a Tiger