By SportsNews (self media writer) | 8 months ago

Police in Kisumu have confirmed that they have arrested the contractor of the collapsed building in Mambolea area and they are currently holding him at Kondele Police Station.

However, the officers are yet to trace the whereabouts of the owner of the building, who has been missing since the tragedy happened.

The contractor's arrest followed two hours after the building that he was supervising collapsed, killing three people and injuring multiple others.

Several people who were trapped in the rubbles, were rescued by officers from the Red Cross and the Kisumu County Government.

Among the people who were injured, six of them are still being hospitalised.

The three people who died in the collapsed building are two men and a woman. They have been identified and their bodies have been sent to Jaramogi Odinga Hospital Mortuary.

An eye witness stated that the collapsed building was a ticking bomb as it had developed huge cracks.

Regional Coordinator of the National Construction Authority (NCA) Amos Musau said that in 2020, they had issued the owner of the building with a notice for closure of the site as it had not adhere to the building regulations. 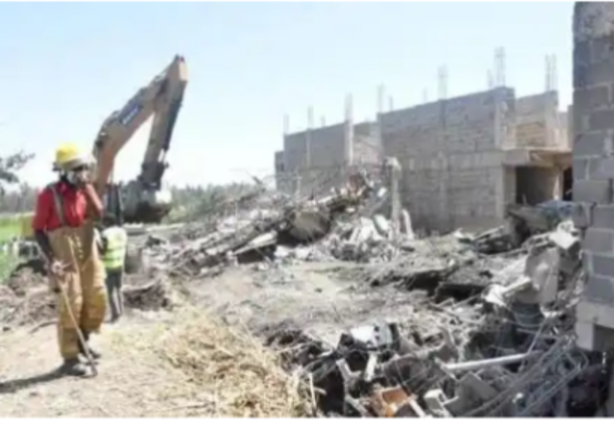 Are They Back Together? Stivo Simple Boy And Prity Vishy Spotted Hanging Together In A Night Club

Raila Now Pleads With Kalonzo Not To Leave Azimio