Police officers from Nakuru in Njoro are currently searching for a man who is reported to have sold an Illicit Brew that has already claimed the lives of 8 people who allegedly died a few minutes after consuming it. 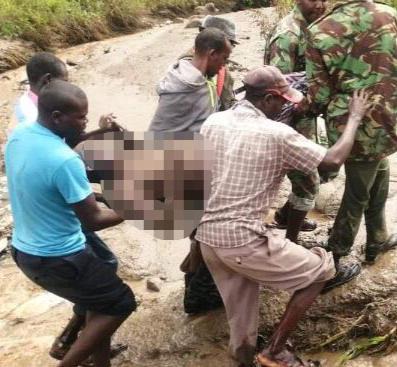 In an incident that happened yesterday in the evening, it was reported that 5 people became blind or rather lost their eyesight before dying moments after drinking this brew.

One of the family members of the deceased who spoke to a number of reporters claimed that his elder brother allegedly complained of having a painful stomach ache that was not ending before he went blind only to die moments after.

"My elder brother came home and immediately went to bed. He started screaming claiming that he was having a painful stomach ache. We bought medicine for him which according to him was not working. Before we could even know what to do next, he claimed that he couldn't see anything. My mother suggested that we should rush him to the hospital and it was so unfortunate that he passed away as we were getting ready to take him to the hospital", Affected family member said.

In the latest news on the incident, it has been revealed that 3 more people have allegedly succumbed to the same. According to the reports given by police, they revealed that the deceased who were receiving medical treatment in one of the hospitals in Nakuru passed away today in the afternoon raising the death toll to 8.

Expressing their fear and concerns over the rising number of deaths caused by consumption of Illicit Brew in the region, police officers who called upon residents to stop this behavior claimed that they were having a hard time arresting the suspects who they claimed are protected by villagers. 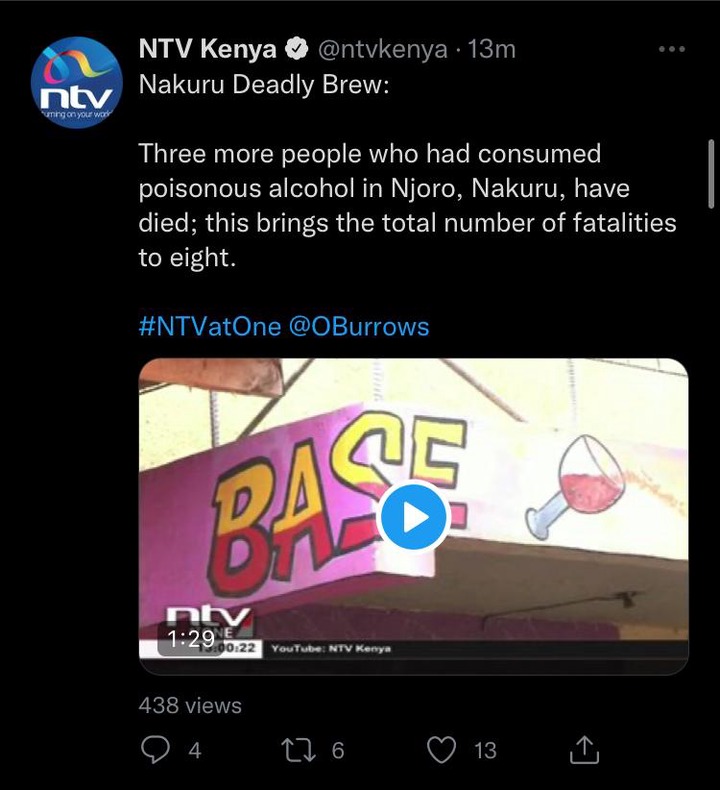 Itumbe Locals in Shock After Body of Businessman, 62, Buried 1 Week Ago Exhumed Over Family Feuds