Shocking details have been unearthed by sleuths from the Directorate of Criminal Investigations into how a Dutch tycoon was murdered on 4th of June 20201 at his leafy Shanzu home, Rocco apartments.

Herman Rouwenhourst (55years) and his body guard Evans Bokoro(23) were eliminated in cold blood in the same fashion. The two had been tied on the legs and arms while their mouths gagged. They appeared to have sustained multiple injuries on the head and at the point they were restrained. 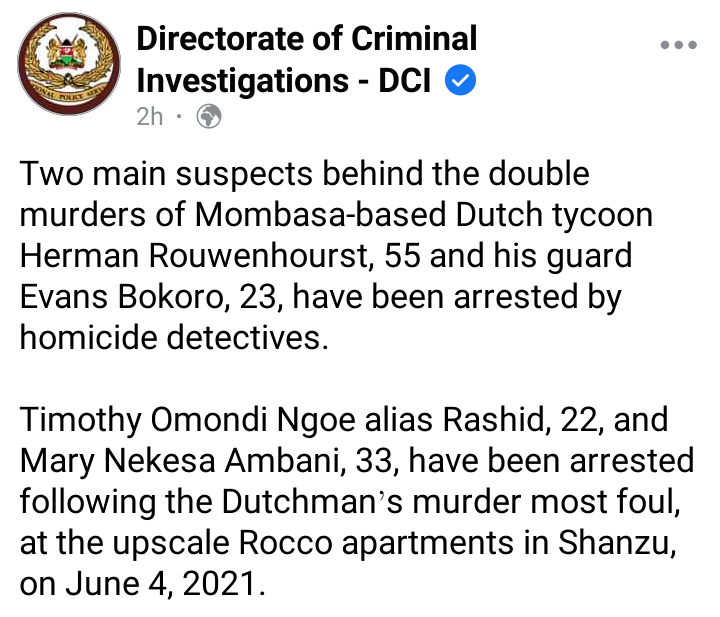 The Dutch man, a hotelier is said to own numerous chains of hotels,restaurants and night clubs in Kilifi and Mombasa. It is said that Rouwenhourst and his wife had a long history of marital conflicts which had turned sour.

Herman had requested for a divorce from his wife Riziki Cherono. But she did not receive the information lightly as she devised a way to murder her husband together with two assassins Timothy Omondi Ngoe(22) and Mary Nekesa Ambani(33) on 10th May 2021.

The two masterminds were involved in the planning and execution of Herman and his bodyguard. Revealing to the detectives, Nekesa told them how Riziki had invited Timothy on a familiarization mission of the home, their bedroom and the plan of the home prior to the day of murder.

On the night of execution, Cherono led in Rashid and his accomplices into the compound. They accomplished their task and made away with money in a safe amounting to more than 3 million which they had been notified prior by Riziki.

Riziki would later be found inside a probox at Serena hotel, a mission termed as fake kidnap to draw away attention of her involvement.

Days later the key suspect, Timothy would purchase a prime land and construct 40 by 80 mansion at Kiembeni before fitting furniture and other electronics worth ksh 500,000. 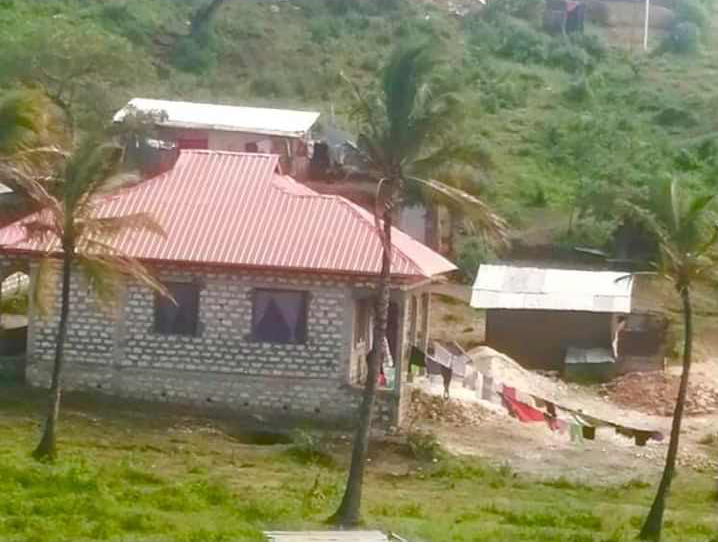 Detectives managed to collect one live 9mm calibre, a bullet head of 9mm, blood stained shoes, a pair of handcuffs and various phones suspected to belong to the assassins. 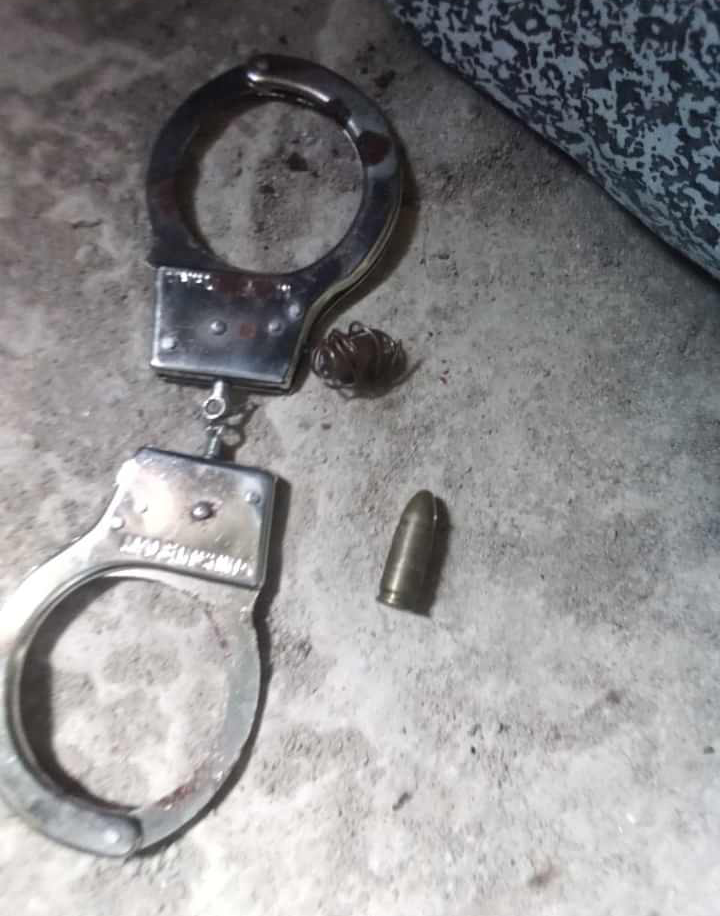 Items recovered at the crime scene

But detectives placed Timothy at the crime scene after a meticulous lab analysis of the specimen indicated the time, nature and activities that he engaged in on that day the tycoon was murdered at his Shanzu home.

They will be arraigned on Monday to face charges of murder.

What are your comments on this article? Please follow my page and share..I'll appreciate.

Single But Not Searching, Socialite Amber Ray Puts it Clears After Nasty Breakup with Jamal

RIP: Hon Kabogo Thrown Into Deep Mourning After Death of His Friend, Reveals Huge Blunder He Made