A Standard Eight boy is currently under custody for allegedly beating up his aunt mercilessly to death before stabbing two boys belonging to his aunt by a sharp Panga in Poroko village, Narok county. 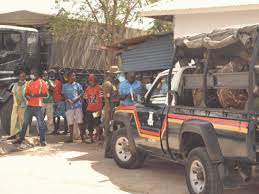 Narok deputy police commander affirmed the incident, saying the suspect was arrested when found living in an abandoned house while reading the bible and chewing Miraa.

“On receiving the information, I alerted the police, who proceeded to the village and caught the suspect surprised as he relaxed in his hiding den with the holy book in his hands,” he said. 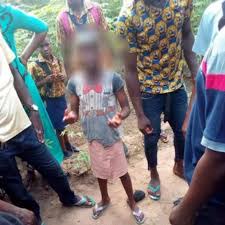 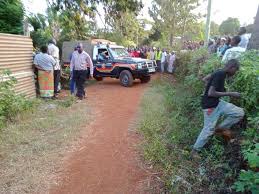 Reports indicate that he was embroiled in a land row with his pregnant aunt and was demanding his share of the property belonging to his aunt and two boys.

He said the suspected beats the woman mercilessly and stabs her three children, among them, an unborn infant in Poroko village in Trans Mara West sub-county in Narok County.

“The suspect came to Kiligoris police station and told us that he had been attacked and injured by criminals while heading home,” he said. 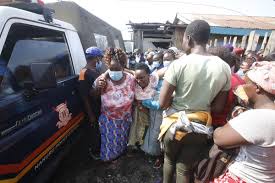 According to Ganzallah, the police noticed the suspects had been injured and wanted to know more details about the attack.

Neighbours who responded to the elderly woman's distress call found her lifeless body in a pool of blood and immediately informed the police officers, the police boss said. 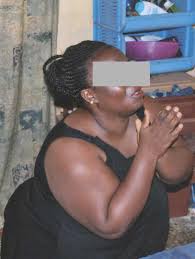 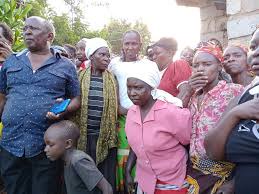 According to family members, the suspect was arrested following a tip-off from a member of their family who lives in the same village.

“But as the police were recording his statements, he gave conflicting information on what really transpired, that's when the police asked the suspect to direct them to the scene of the incident,” he said. 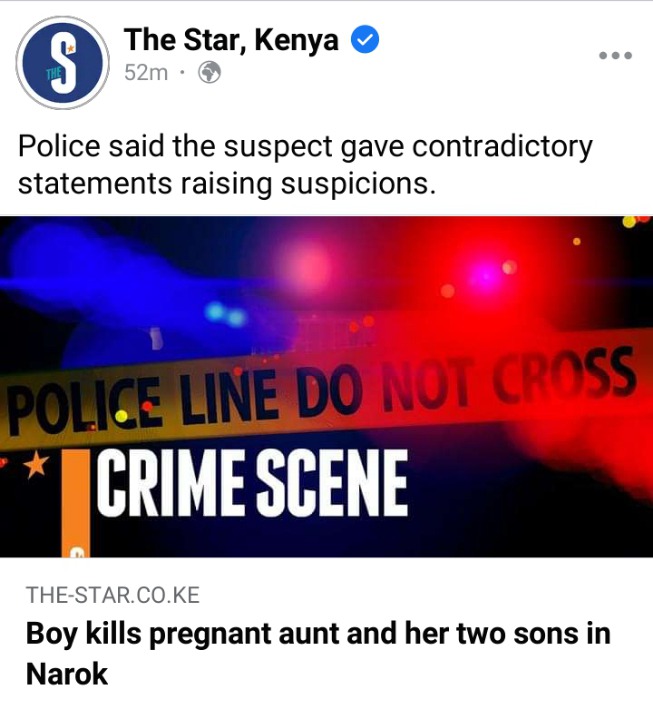