By SamwelOnyati (self media writer) | 13 days ago

A middle aged young man had to run for his dear life yesterday after he was found cheating with another mans wife,the 47 year old man had been suspecting his wife of engaging in an extramarital affair with another man followed his wife up to her destination,few minutes later he saw a younger man than him joining her in the car,detectives claimed the man said he did not respond immediately but waited until things started getting cozy,he then reached for his gun fired in the air in order to scare the gentleman who did not wait for the second bullet. 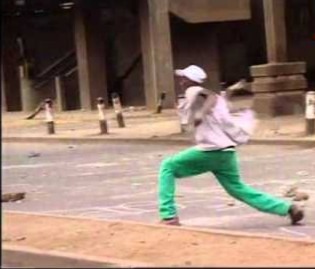 Sleuths revealed that when the young man heard gunshots he ran for his dear life fearing he will be terminated with the man,detectives described the man's speed could have beaten that of a bullet saying it was faster than a cheetah,the 47 year old tried following him but it was in vain his youthful legs had carried him faster and he was already close to his destination,immediately he realized he had committed a crime he presented himself to the nearby police station. 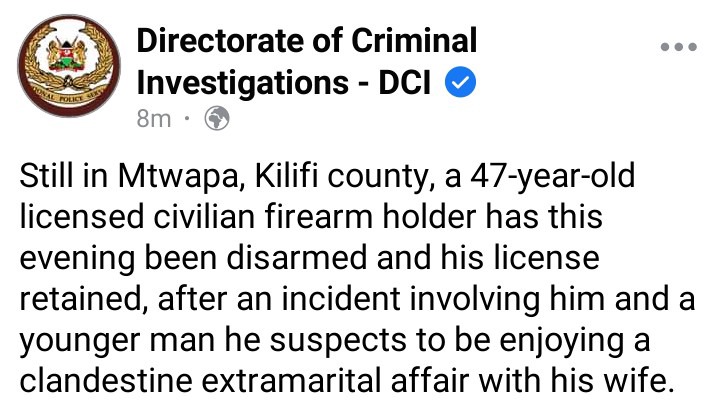 Detectives took his gun from him saying he was a dangerous man with a licensed gun,the man is still in custody waiting to be arraigned in court,in a span of 12 hours Mtawapa has witnessed two dangerous incidents,the first one saw two young couples killing themselves after involving in a brawl late at night,the two threw themselves from a 5th floor building.